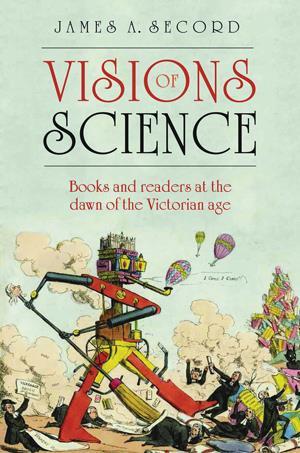 In this lucid and lively book James Secord examines seven key scientific texts published between 1828 and 1834 at ‘a utopian moment’ in British history. In the face of bank crashes, ‘King cholera’ and clamour for reform, these works imagined new futures shaped by the power of scientific knowledge.

In Humphrey Davy’s Consolations in travel, the narrator voyages with the spirit ‘Genius’ from the early geological history of the earth to a future beyond the stars. Mary Somerville, author of On the connexion of the physical sciences, allowed readers to imagine a world in which women would take an active role in science and empire. With a chapter devoted to each author, this book forms an excellent introduction to, for example, John Herschel or George Combe. It is, however, Secord’s skilful weaving together of these disparate works that is most rewarding and establishes that these now little-read books deserve to be revisited as compelling works of imagination and vision in their own right.

Throughout, Secord analyses the publishing contexts of his books to excellent effect (although those who have read his earlier work, Victorian sensation, may be disappointed that there is no similar rich tapestry of readers’ diaries, memoirs and letters). The disquieting evolutionary implications of Charles Lyell’s Principles of geology, for example, were veiled not only by the author but by the respectable name of its publisher, John Murray, and its expensive format.

Secord’s use of illustrations is also telling: The march of intellect is personified as a giant robot, part steam engine, part library, Toe-ology is a parody of phrenology, and another illustration makes the head literally A box of useful knowledge. Such vivid details are Secord’s forte and bring to life contemporaries’ understanding of the momentous times in which they lived.

This book will appeal not only to historians, but to literary scholars keen to move beyond the familiar canon of poetry and prose. And for many other readers, the book will be a fascinating introduction to the first generation to believe that the modern disciplinary sciences could transform the human condition.

Purchase Visions of science from Amazon.co.uk