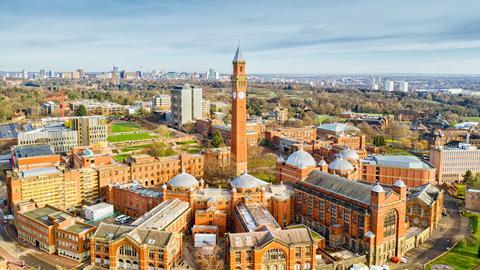 The UK government has announced a package of higher education reforms, which it claims will provide a fairer deal for students, graduates, universities and the taxpayer. However, critics argue that changes to student loans will hit new graduates on lower and middle incomes, while universities are faced with further financial pressures, as tuition fees are frozen for another two years.

The long-awaited reforms are in response to the Augar review of post-18 education published in May 2019. For new student loans, the government will increase the repayment term from 30 to 40 years and lower the repayment salary threshold to £25,000 from £27,250. It will also lower interest rates, so loan balances increase only with the retail price index of inflation from the academic year 2023–24.

The government has also decided against bringing back maintenance grants in England to support students from the poorest households – they remain elsewhere in the UK. But it will introduce a £75 million national state scholarship scheme for talented students from disadvantaged backgrounds.

Universities face a further two-year freeze on tuition fees, meaning they will have been unchanged for seven years. But the government has promised £300 million of recurrent funding for teaching and a total of £450 million in capital funding to be distributed by the Office for Students. It will be focused on ‘high-cost, high-return subjects’, including the growth of ‘strategically important’ Stem subjects and degree apprenticeships.

Analysis by the Russell Group of research intensive universities has found that the uplift in grant funding is unlikely to cover the shortfall resulting from freezing tuition fees to 2024–25. It found that many undergraduate courses are run at a deficit and for Stem subjects this is around £1900 on average.

Also up for consultation is the Lifelong Loan Entitlement (LLE) scheme. From 2025, it will provide individuals with a loan worth the equivalent of four years of post-18 education to use flexibly over their lifetime. It will be available for both individual modules and full years of study at higher technical and degree levels at colleges or universities.

‘It is a carefully balanced package that sends some powerful signals about the government’s priorities – more teaching grant for Stem, more support for poor-and-bright students, more control of costs – while not hitting institutions too hard,’ says Nick Hillman, director of the Higher Education Policy Institute. ‘Some new costs will land on graduates, but the financial changes are aimed at bringing the scheme back towards the sort of costings that were originally envisaged when higher fees were introduced and may therefore have staved off really bad policies like a new overall student numbers cap. Some people may question why the package has taken two years to craft but, for others, the main feeling will be one of relief.’

Hillman believes that the LLE could be the most significant education reform of the decade so far. But he warns that it could also be watered down if, for example, the Treasury worries about potential costs. It’s also likely that some of the key parameters will remain undecided for a long time to come, given that it’s not due to start until 2025.

Alistair Jarvis, chief executive of Universities UK, says the LLE has the potential to be transformational, but has concerns over other reforms. ‘Now is not the time to shrink or underfund universities, nor place a cap on aspiration by restricting the number of places for people to study at university.’ The tuition fees freeze will leave universities under even greater pressure to do more with less, he says. ‘With growing inflation pressures, it will be increasingly challenging for universities to maintain the high quality of education that students rightly expect.’