Combination inhalers from GSK and Novartis approved in EU and Japan 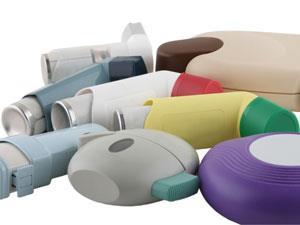 A flurry of regulatory approvals has seen three new drugs approved for asthma and chronic obstructive pulmonary disease (COPD) in the European and Japanese markets.

Ultibro (indacaterol, glycopyrronium) from Novartis, has been approved for treating COPD in both the EU and Japan. Relvar (fluticasone furoate, vilanterol), developed by GlaxoSmithKline (GSK) and Theravance, has been approved for asthma treatment in Japan and recommended for approval in the EU for both asthma and COPD. It is already approved for COPD in the US, under the name Breo. Flutiform (fluticasone propionate, formoterol fumarate), from Skyepharma and Kyorin Pharmaceuticals, was approved in Japan for asthma treatment, having already been approved in Europe last year.

Both Relvar and Flutiform combine an airway-opening bronchodilator with an anti-inflammatory corticosteroid. Relvar is GSK’s successor to its blockbuster combination treatment Seretide (Advair in the US; fluticasone propionate, salmeterol xinafoate). ‘GSK has been researching and developing these molecules as a potential new combination treatment for over 10 years, and this opinion brings it one step closer to patients,’ said Patrick Vallance, GSK’s president of pharmaceuticals R&D, in a statement. Relvar still requires final marketing authorisation from the European commission.

While Seretide still enjoys market exclusivity, the US Food and Drugs Administration (FDA) has cleared the road for generic competitors. Earlier in September, the FDA issued guidance for generic companies as to what it will expect as proof that a generic version is equivalent to the complex combination therapy.

On the other hand, Novartis’s Ultibro represents a new class of combination treatments. It combines a conventional long-acting β2 adrenoreceptor agonist (LABA) bronchodilator with a long-acting muscarinic adrenoreceptor antagonist (LAMA), which also acts as a bronchodilator, but through a different receptor pathway. Both LABAs and LAMAs have previously been used on their own to treat COPD, but Ultibro is the first successful LABA–LAMA combination to reach the market. ‘We are very pleased that the European commission and Japan approved [Ultibro], nearly simultaneously, for COPD patients. This rapid approval in Japan reflects our build-up of clinical trial and regulatory capabilities in Japan,’ said David Epstein, division head at Novartis pharmaceuticals.

Both GSK (with Theravance) and AstraZeneca (after acquiring Pearl Therapeutics) have LAMA–LABA combination candidates in the pipeline.