The Russian chemical industry looks set for a serious crisis, as the country’s flagship chemical producer, Khimprom, faces liquidation. The closure could have a knock-on effect on other Russian producers.

Rostec, a Russian state corporation (established to promote, develop, produce and export hi-tech industrial products for the civil and defense sectors) and the majority shareholder of Khimprom, says that the enterprise will completely cease its operations by March 2015 and will be liquidated by May 2016. Of the 5000 workers Khimprom currently employs, about 4000 will be laid off. 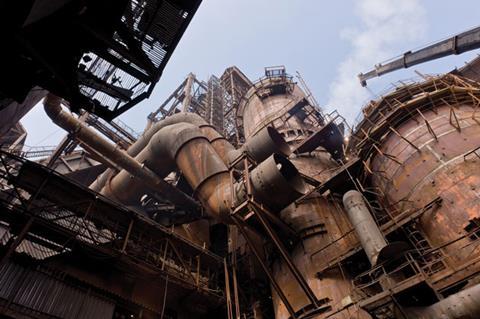 Khimprom is Russia's flagship chemical producer and sole supplier of some products; its closure could have wide-reaching effects

Khimprom is being closed down because it is no longer profitable. The company declared bankruptcy in November 2012, as its debts exceeded RUB10 billion (£169 million).

According to an official Rostec representative, the company was hampered by high energy prices; outdated technology; depreciation of equipment, which reached 95%; as well as unsuccessful competition with foreign rivals.

Rostec is working with the Russian government to solve the most pressing issues, in particular the fate of Khimprom’s workers. There are several options, including transferring some employees to other Rostec enterprises, but no final decision has yet been taken.

Analysts from the Russian Ministry of Industry and Trade believe that liquidating Khimprom, which currently produces a wide range of chemical products, may result in a serious crisis in the Russian chemical industry. The company remains the only Russian producer of calcium carbide, emulsion PVC, perchloroethylene and some other products, and its closure may lead to market shortages of some of these products.

Khimprom’s key customers are mainly law enforcement agencies, as well as Russia’s Defense Ministry and Federal Security Service, which purchase components for manufacturing body armor and tear gas, as well as Khimprom’s branded disinfectant Volgotab. Cutting supplies of these products to the Russian army could be bad news for the Russian Ministry of Defence.

Andrei Kostin, chief editor of Rupec – Russia’s leading chemistry and petrochemicals magazine – believes that closing the enterprise may also lead to crisis in the Russian speciality chemicals sector. Khimprom currently accounts for almost half of the Russian manufacture of dichloroethane, and 20% of the domestic production of liquid chlorinated paraffin. The company is also the sole Russian producer of about ten chemicals, in particular chlorine bleach. Withdrawing supplies of these products would result in price increases, Kostin suggests.

Closing Khimprom would also disrupt military chemical waste disposal waste, which previously was one of its primary spheres of activity.