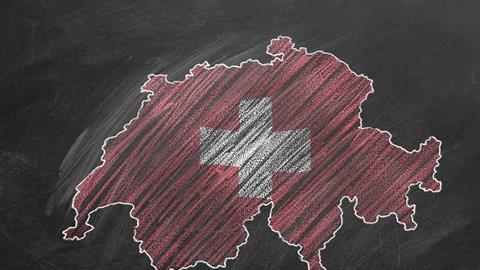 Switzerland will now be treated as a non-associated third country in the EU’s major research funding programmes, including Horizon Europe. The European commission’s decision comes during a period of rocky relations between the EU and Switzerland and could have damaging consequences for Swiss research.

Although not an EU member, Switzerland has previously participated in European research funding programmes as an associated country giving it similar opportunities to EU members. But political tensions between the commission and the Swiss government have led to the country’s status being downgraded for the €95.5 billion (£82.3 billion) Horizon Europe programme.

Third country status will severely limit the extent to which Swiss researchers can participate in Horizon Europe-funded projects. In a Q&A published online, the Swiss government department for research and innovation (Seri) acknowledges that loss of associated status means that Swiss researchers can no longer lead EU-funded research projects as they will not be eligible to sign the relevant grant agreements.

Seri also states that Switzerland will be treated as a third country in the EU’s associated Euratom and Digital Europe programmes and that it is no longer considered as a contributor to Iter – the world’s largest nuclear fusion research project.

Christian Leumann, a bioorganic chemist who serves as the current rector of the University of Bern, describes the situation as ‘a real point of sadness’. ‘It has been very important for the Swiss higher education system for us to be integrated into the complete European research landscape,’ he says. ‘This is the largest research consortium in the world at the end of the day.’

Leumann is concerned about the damage exclusion from Horizon Europe will have on Switzerland’s reputation as a top destination for scientists, noting that recipients of European Research Council grants and Marie Skłodowska-Curie fellowships won’t be able to bring their funds with them if hired by Swiss institutions. ‘Why should you come to Switzerland if you can’t come with your own prestigious grant here?’ he says. ‘Even for young professors – who wants to move to Switzerland if he or she cannot bring their grant and will be excluded essentially from these basic research tools?’

Swiss science organisations have raised concerns about what the loss of associated status will mean for the country’s researchers. ‘Like the economy, Swiss science also needs a stable legal framework and integration into international networks in order to be successful,’ says Christophe Giovannini from the Swiss National Science Foundation (SNSF). ‘SNSF therefore supports a timely and full association of Switzerland to the new Horizon Europe framework programme.’

Giovannini notes that the scale of Horizon Europe enables research projects ‘that no European country could implement on its own’. He adds that any alternative would ‘entail higher costs and many years of development work for Switzerland’ and that national measures ‘cannot fully replace all aspects of the EU framework programme’.

Last month, the Swiss Science Council penned an open letter – co-signed by research councils across Europe – warning that downgrading Switzerland to a third country would see a ‘lose–lose situation, putting successful cooperation in strategic areas at risk and ultimately weaken the [European research area] as a whole’.

The Swiss government states that it still intends to seek associated status in European research programmes and claims that its position ‘can be changed at any time’. But Leumann warns that any period of exclusion could have damaging long-term consequences for Swiss research. He points to previous experience, when Switzerland’s status was temporarily downgraded in 2014 during a dispute with the EU over immigration rules.

‘Even four or five years later we had not completely recovered from the fact that we had been – for a small period of time – excluded from these programmes,’ says Leumann. ‘You cannot do climate science if you are not doing this in larger research consortia. You cannot do space science if you are not together in large consortia. Even biomedicine – take Covid-19, this virus does not stop at the borders of countries, so we need to fight together. These cooperations are necessary and we have learned that it’s not easy to get back in there.’

‘If we are now kicked out a second time, I understand people in Europe who are going to say, “Hey, are these guys reliable here in Switzerland? Do we pick up one of those in a joint programme? Is it safe to have them on board?” So my view is that the second time, it will be even harder to get back to normal.’