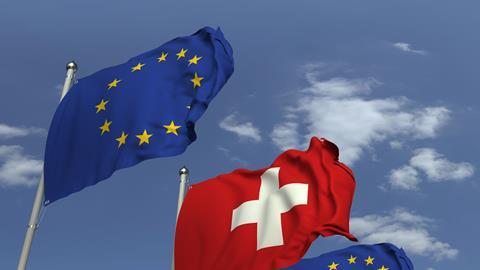 The Swiss government’s decision to end years of negotiations on its future relationship with the EU has created uncertainty for the country’s researchers. Swiss science organisations have warned that the move risks disrupting research links with the bloc, potentially threatening it’s involvement in programmes such as Horizon Europe and the Erasmus+ student exchange.

On 26 May, the Swiss Federal Council opted against signing an agreement to strengthen ties with the EU. The Institutional Framework Agreement (InstA) was the product of seven years of bilateral talks that aimed to modernise Switzerland’s relationship with the bloc.

The situation has led to fears that the country could once again find itself frozen out of the EU’s research funding mechanisms. While Switzerland has participated as an associated country in European framework programmes since 2004, its status was downgraded between 2014 and 2016 after it refused to extend free movement to Croatian citizens following Croatia’s accession to the EU.

‘Switzerland is obviously not an EU member, but through a full range of some 120 bilateral agreements, they are as close as possible to being in the single market,’ explains Georg Riekeles, associate director at the European Policy Centre thinktank, who has previously served as diplomatic adviser to the EU’s chief Brexit negotiator Michel Barnier.

InstA would have replaced these existing agreements, aligning Swiss and EU laws governing several areas including free movement of people, transport and trade. The EU viewed the deal as essential for ensuring fair access to the single market, but ultimately disagreement over the jurisdiction of the European court of justice and the rights of unemployed residents to claim state aid led the Swiss to reject its terms.

Before the Swiss decision, the EU’s foreign affairs team stated that unless the framework was agreed, ‘no new agreements with Switzerland will be concluded and the existing agreements may not be updated’. It added that unless existing agreements are modernised the EU–Swiss relationship ‘will simply erode over time’. ‘My reading of this whole affair is that it’s come to a crisis where there’s not an easy way out. I think it’s very much at the dead end now, and this will have consequences,’ says Riekeles.

The Swiss Federal Council’s letter to the European commission president ending negotiations, said that it is ‘relying on both parties to continue applying the [existing] bilateral agreements in full’ and that it expects these to be ‘updated in line with relevant changes in EU law’. However, Riekeles points out that on the same day the Swiss government walked away from negotiations, Switzerland lost single market access for medical devices, because the mutual recognition agreement governing their trade wasn’t updated when new EU regulations entered force. ‘Machinery and chemicals are next in line, and so across a number of areas, bit by bit, economies will start decoupling.’

Riekeles notes that the political fallout could hurt other areas not covered by the InstA deal. While Swiss participation in the €96 billion (£82 billion) Horizon Europe programme is legally unconnected to InstA, association agreements still need to be finalised. Riekeles believes that the current political situation could lead the EU to reconsider its approach.

‘Obviously research cooperation is win–win, but one has to look at the broader picture here,’ says Riekeles. ‘I think it’s very difficult for the EU – when the Swiss have left the table on the institutional framework negotiations, and have held up their financial contributions – to say, “Well, actually it doesn’t matter – we’ll just turn the other cheek, you can still be part of our research programme.”‘

‘The decision of whether to associate Switzerland to Horizon Europe will lead to political debate in the commission and the council and the European parliament – but there is a strong case to say, “Okay, there’s no balance in this relationship and it cannot simply continue as before.”‘

Switzerland’s research future is up in the air

In its statement on leaving the InstA deal, the Swiss Federal Council reiterated that it considers it is in both parties’ interests to ensure that ‘no undue political links are established’ in matters such as research cooperation.

However, in a Q&A on European research programmes, the Swiss government’s department for education and research acknowledges: ‘What this decision means for Switzerland’s association to the EU framework programmes for research and innovation cannot be estimated at present.’

Further concerns have been raised by Swiss researchers about what the situation means for future collaboration. The Swiss Science Council coordinated an open letter – signed by many other European research councils – highlighting the mutual benefits of Swiss–EU scientific collaboration and expressing hope that ‘new ways will be found to overcome this difficult situation and clarify the relationship’. It noted Switzerland’s contributions as an associated country to previous EU research programmes and warned of the consequences in any lessening of Swiss involvement.

‘Downgrading Switzerland to a third country would severely limit its expertise being brought into Horizon Europe projects tackling today’s and tomorrow’s global challenges,’ the signatories wrote. ‘We are convinced that this would lead to a lose–lose situation, putting successful cooperation in strategic areas at risk and ultimately weaken the [European research area] as a whole.’

Swissuniversities, the umbrella body for Switzerland’s higher education institutions, also released a statement noting that the decision not to sign the framework agreement ‘marks another period of uncertainty’ for the country’s universities.

‘In the coming months, the course will be set for participation in the Horizon Europe research programmes. The EU has clearly signalled that it considers a framework agreement to be a prerequisite for Switzerland’s participation,’ it said. The swissuniversities statement added that any threat to the country’s involvement in either Horizon Europe or the Erasmus+ student exchange scheme risked weakening its competitiveness and damaging its reputation as a top destination for research. ‘Against this background, swissuniversities calls on the Federal Council to indicate how it intends to counteract this risk and place relations with the [European] Union on a lasting basis.’