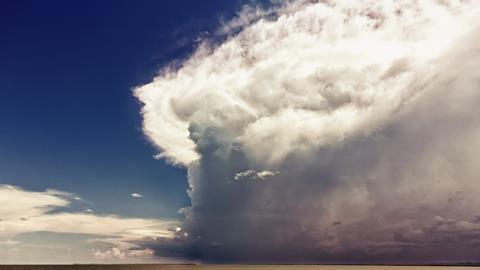 In August 2017, the Trump administration quietly disbanded a panel that provided scientific advice to government and business on climate change. But now Columbia University and the state of New York have resurrected it.

Former Democratic congressman Rush Holt, the current chief executive of the American Association for the Advancement of Science, called the elimination of the advisory committee for the sustained national climate assessment ‘yet another example of the administration’s increasingly blatant attempts to ignore and dismiss scientific information’. The committee was dissolved shortly after President Trump announced his intention to withdraw from the Paris climate accord.

The panel helped policymakers and the private sector understand and incorporate the findings of the National Climate Assessment – which summarises the current and future impacts of climate change on the US – into their future planning.

There was concern that the elimination of the panel could impede efforts to address global warming. However, the panel has now been revived with support from Columbia University’s Earth Institute, the state of New York and other partners. Columbia has hired the committee’s chairman, Richard Moss, to reassemble the panel and resume its work.

‘In his role, Moss will re-establish the panel, and deliver the report that the committee originally set out to write,’ Columbia explained. The Earth Institute is supplying financial and logistical support, as well as office space. The panel is expected to meet in New York shortly and produce a draft report for review by experts and the public by the end of June, similar to its original intended schedule.

Last month, New York governor Andrew Cuomo, as co-chair of the US Climate Alliance, announced that he would help reconvene the advisory committee to develop recommendations to navigate the challenges of climate change. ‘As a result, the advisory committee will continue its critical work without political interference and provide the guidance needed to adapt to a changing climate,’ he stated.

The situation is reminiscent of the 2013 closure of the Climate Commission in Australia by then prime minister Tony Abbott. Crowdsourced donations helped resurrect the body to provide independent information on climate change to government and citizens.