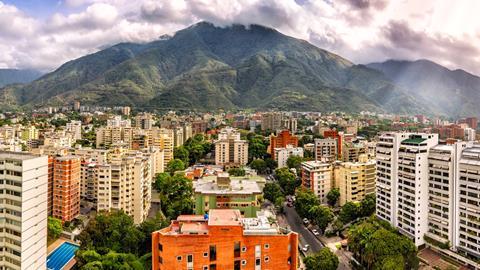 The situation in Venezuelan universities and for science in the country has worsened from the already dismal conditions a year ago. The policies of Venezuela’s socialist government, together with a devastating economic crisis and violent anti-government demonstrations are all contributing to the problem.

‘Especially in the main universities, the economic situation is really, really bad,’ states Alberto Fernandez, a chemistry professor at Central University of Venezuela in Caracas. Fernandez says his university’s research budget is unchanged over the last year in terms of the bolívar, but the US dollar exchange rate is about 500 times higher since last summer. This is significant because items such as chemical reagents and research lab equipment must be purchased with dollars.

The scientific brain drain is also worsening, particularly when it comes to promising young talent. ‘The number of undergraduate and postgraduate students decays significantly each semester,’ Fernandez tells Chemistry World. ‘The production of research papers has also decreased substantially due to a lack of research programmes and the limitations on buying instrumentation in international markets.’

Rafael Rangel-Aldao, an invited professor at Simón Bolívar University, says it has become ‘impossible’ to do science in Venezuela. ‘You have no financial support, you cannot even support yourself,’ states Rangel-Aldao, who is currently in the US. He notes that the majority of his colleagues who remain in Venezuela are ‘brave leaders’ who are mostly retired.

‘There is absolutely no way that the very young generations of scientists in their 20s and 30s can practice science in Venezuela,’ states Rangel-Aldao. ‘The most basic reagents you need to import, and for that you need dollars, and the only source for dollars is the Venezuelan government.’

The Venezuelan government has two different official exchange rates, the first of which is 10 bolívars per dollar and the second is the recently created Dicom currency system, which is 2700 bolívars per dollar. However, both of those rates are essentially impossible for average citizens to obtain. The only alternative is to turn to the black market, which has a rate of over 8100 bolívars per dollar, according to Rangel-Aldao.

Ismardo Bonalde, a senior research scientist at the Venezuelan Institute for Scientific Research, says there are no funds for research allotted anymore in the budgets of Venezuelan universities. ‘The administrators of universities and institutes cannot allocate money for research in their budgets, there is money only to pay salaries, some basic student services and general maintenance and operation,’ he explains. This is a new development in the last year, and as a result essentially zero research is being carried out at these institutions, according to Bonalde.

Bonalde says that only researchers aligned with government policies receive funding. ‘The rest of us, the majority, have a very difficult time.’ In addition, in recent months protests by Venezuelans opposing their government have often turned violent, and these have been blamed for the deaths of about 100 people so far, most of them young.

‘The violence derived from repression means that the country is paralysed,’ says Rangel-Aldao. ‘The streets are empty – you cannot even reach your lab, and there are no reagents there and obsolete equipment anyway.’

Claudio Bifano, a professor at the Central University of Venezuela and former president of the Venezuelan Academy of Science, asserts that there are ‘very few areas for action’ left for chemists in Venezuela. ‘Patent production has been practically zero for several years,’ he says. ‘Chemical-based private industries have been closed or are producing to the minimum.’ He adds that the salaries of the country’s university professors have fallen to ‘shameful’ levels.

As a result, researchers are leaving the country. Approximately 40 Venezuelan chemists are working in Ecuador and another 100 or so are in the US, Canada, Mexico, Colombia and Spain, according to Bifano. ‘This is a huge figure by our standards,’ he remarks, noting that most of the professors at the Central University of Venezuela’s maths department are living in Colombia.

Observers predict that Venezuela’s current government will collapse in as little as a year, but caution that what will replace it remains unclear. Rangel-Aldao compares the current scenario to a transition phase, when a substance changes from one physical state to another. ‘The government will collapse, and then new leadership will emerge,’ he says. ‘The country is approaching what the physical chemists call a bifurcation – a wide fork with two possible exits: dictatorship or democracy.’