Shaking up the knowledge economy

British researchers may not realise it yet, but they are about to ride to the rescue of the country’s sluggish economy. At least, that’s what the UK government hopes, based on the industrial strategy it outlined in November 2017. 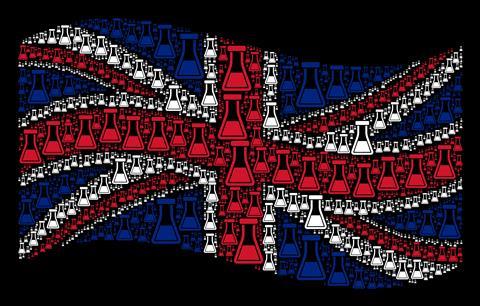 In the strategy, the government pledged to raise the country’s total research and development (R&D) spending from 1.7% to 2.4% of GDP by 2027, and promised an additional £7 billion in research investment by 2022. The goal is to develop technologies and skills that will stimulate economic growth and improve the country’s poor labour productivity (a measure of how much value workers produce per hour).

One of the key players charged with overseeing this R&D revolution is UK Research and Innovation (UKRI). Launched in April, UKRI is the new umbrella body that encompasses the seven UK Research Councils, along with Innovate UK and Research England, the successor to the Higher Education Funding Council for England (HEFCE). That already gives it a combined budget of more than £6 billion per year, covering the sciences, social sciences, arts and humanities.

On 14 May, UKRI launched its ‘strategic prospectus’ – an outline of its vision, rather than a detailed schedule of work. Those plans will be thrashed out over the coming year in consultation with the research community and the wider public. Nevertheless, it is already clear that the agency is taking on a mammoth task. It has effectively become responsible for implementing many of the R&D aspects of the government’s industrial strategy. This will undoubtedly bring enormous opportunities for those researchers who benefit from the infusion of public cash. But the government will also exert a powerful influence over how that cash is spent – and it will expect big returns on the investment.

The UKRI prospectus emphasises a commitment to funding world-class science, nurturing research talent and fostering international collaboration. Positioned above the research councils, it should be better able to fund interdisciplinary research that had previously fallen between the cracks. It’s also sticking with the dual support system, in which universities get block grants to disburse internally, while researchers and consortia make separate applications for specific projects.

If that all sounds like business as usual, think again. UKRI plans to review the roughly equal balance of funding delivered through the two arms of the dual support system, adding that it will ‘support and encourage universities and other research institutions to make knowledge exchange and commercialisation an equal priority alongside their teaching and research missions’. This ambition will surely raise hackles among some academics, not least because universities would probably favour readily translatable research when allocating their block grants.

Meanwhile, UKRI’s role as an intermediary between research and government has raised expectations that it will offer a single voice for the science community to influence policymakers. That may be true – but as a conduit for communication, much of the traffic will likely be coming the other way.

One of UKRI’s core goals is to identify emerging opportunities at the forefront of research and innovation, and ‘balance these with key national strategic priorities identified through working in partnership with government’. In other words, there are going to be some big winners in sectors deemed to be strategically or economically important. That inevitably means there will be losers, too.

UKRI has a broader remit to help improve productivity and stimulate economic growth, particularly in regions that have lagged behind relatively prosperous south east. The ‘golden triangle’ around London, Oxford and Cambridge, for example, currently accounts for almost one-third of total R&D spending in the UK, and national productivity is unlikely to improve significantly unless other areas are brought up to speed. To that end, one of UKRI’s first funding calls is the ‘Strength in Places Fund’, which aims to boost R&D in neglected regions. It will also fund research that falls under the four ‘grand challenge’ areas of the government’s industrial strategy — AI and Data Economy, Future of Mobility, Clean Growth and Ageing Society.

Still, achieving the government’s R&D target will be a tall order. In 2016, the UK’s total R&D spending stood at £33 billion per year, about two-thirds of which came from industry. Richard Jones at the University of Sheffield has crunched the numbers and reckons that total needs to rise to £54 billion to reach the 2.4% goal.

As Jones points out, existing business in the UK will struggle to foot the bill. That means the country needs more R&D-intensive businesses and to attract foreign companies to base R&D centres here, which both depend on a thriving academic research sector. Moreover, the golden triangle probably doesn’t have enough capacity to accommodate all those businesses – hence the need for more strategic regional funding. In all these areas, UKRI will play a pivotal role in laying the foundations for R&D growth.

The ghost looming over all of this is Brexit. The latest word from government is that the UK will pay to join the Ninth EU Framework Programme for Research and Innovation, the successor to Horizon 2020, which is a huge relief for researchers. But it is far from clear whether Brexit will put a rocket under what we are now expected to call ‘Global Britain’ – or turn the country’s R&D ambitions into a damp squib.