Inferior: how science got women wrong – and the new research that’s rewriting the story 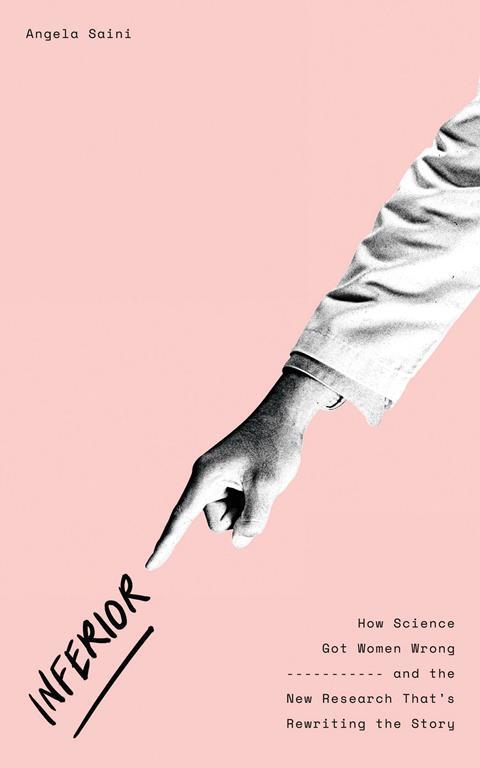 Scientists can make new elements and turn molecules into mini-machines, but when it comes to objectively designing and interpreting gender studies they’re struggling.

In Inferior, journalist Angela Saini, who has a master’s degree in engineering from the University of Oxford, UK, examines scientific studies on the differences between men and women. She dives into the research and questions their design as well as their conclusions, unflinchingly tackling everything from female genital mutilation to the menopause and sex drive. Saini uncovers a lot of questionable science, unashamed misogyny and previously ignored studies.

Men and women are different – we cannot ignore the inescapable fact that women are the child bearers. But it’s becoming clearer that culture and society, rather than biology, have been holding women back. Saini highlights that gender differences fall on a continuum – it’s not a binary system and there are more overlaps than differences. But society struggles with research that goes against gender stereotypes, while effortlessly accepting studies that reinforce them: ‘Research that confirms what appears to be obvious seems right. Anything that contradicts it, meanwhile, is dismissed as aberrant,’ she explains. Inferior challenges this complacency.

One of my favourite nuggets from the book is the suggestion that, rather than hunting equipment, baby slings could well have been the first human invention. But, being made from decomposable materials, these and other potentially ‘female’ inventions leave no trace in the fossil record – neglecting women’s historical contributions to human survival.

Saini’s narrative is sharp, engaging and admirably tempered. She argues that science hasn’t just let women down, it has failed them, yet she’s always pragmatic. She concludes by saying her book this isn’t the end of the story; we need to take into account how science has been unfair to women in the past so that we can be fair to the future. Whatever gender you identify with, this book will make you question yourself as well as your peers and I cannot recommend it highly enough.