Science as an integrated whole

A number of texts on interdisciplinarity in science

In praise of science: Curiosity, understanding and progress 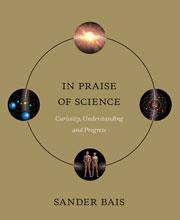 This well-written book makes a rational and impassioned plea for the value of scientific literacy, without falling back on scientific jargon or mathematical equations.

In four short chapters, Sander Bais interweaves physics, chemistry, biology and astronomy - like a latter-day James Burke, author of Connections - into a story which shows the unity and connectivity of the natural sciences. He illustrates in entertaining and often poetic ways how all of the sciences are connected to each other, and how together they constitute a major human endeavour.

He claims that despite the increasing impact of science on daily life, the public image of the sciences has faded and there in an ever increasing scientific illiteracy and popularisation of pseudo-science.

We have lost our sense of wonder at the sciences, and seen an increasing gulf developing between science and established culture.

A professor of theoretical physics at the University of Amsterdam, Bais - who has written previous books on mathematical equations and relativity - lays out the basics of the sciences making, as he goes along, many interesting and unusual connections.

Bais seeks to show the beauty of science, how it works and why its turning points are central to human culture and social change. To this end he arranges information in useful circular diagrams based on the ancient Ouroboros image of a snake eating its own tail.

It is a popular science book which seeks to make science more popular and approachable to those who might feel somewhat alienated from it. But is a good read for scientists as well, especially as it makes a strong plea for modesty in scientists and better relations between scientists and the media. 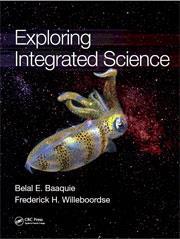 This is a beautifully illustrated and well-written general science textbook which integrates biology, chemistry, physics and basic mathematics in one easy to read volume. The authors, both from the National University of Singapore, seek to show how science is best understood as multidisciplinary, interdisciplinary and transdisciplinary.

The individual chapters are in the form of questions which the authors seek to answer while introducing a host of scientific principles along the way. There are many fact and biography boxes and summary road maps. Examples of the questions are: Why can sunlight power the world? Why are the elements so different from each other? How does water flow? How do atoms bond? What is electricity? Why can we hear music? Why can we smell perfume? Is RNA jack of all trades, but master of none? Why can a gecko climb a wall?

Through such basic questions the authors seek to show the wonders of science and establish fundamental principles.

This book deserves a wide readership amongst upper school pupils and undergraduates whose courses require a broad scientific understanding rather than a specialised textbook.

The Oxford handbook of interdiscipinarity 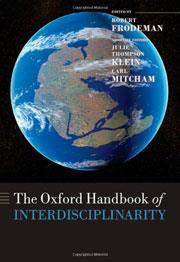 This book, with chapters contributed by leading experts from multiple networks and organisations, takes science integration a stage further by reporting on the extensive work which has been done in recent years to organise and integrate knowledge in the sciences, social sciences and humanities. This trend towards collaborative work comes after many years of greater and greater specialisation and aims to bridge the university-public divide.

The handbook consist of 37 chapters and 14 case studies dealing with the history, nature, practice and methods of indisciplinarity studies in a broad sense, including chapters on teamwork, partnerships and collaborative agreements.

It is hoped that this volume will serve as a standard reference work for future efforts in interdisciplinarity inside and outside academia. It should prove a useful source of information for those keen to foster consensus building and networking in national and international political affairs.