Bruce Logan grew up around water - spending his summers on Long Island in the US - which sparked an interest in water infrastructure and a deeply-held concern for environmental issues. A career in environmental engineering led to his current post at Penn State University, US, where he heads the Engineering Environmental Institute, and pursues a wide range of research interests in bioenergy production. 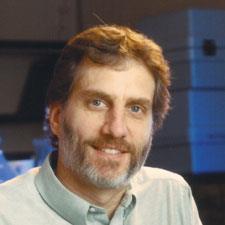 ’I originally wanted to study ecology,’ he says. ’But, it seemed that chemical engineering was a better way forward in trying to fix environmental problems, through understanding issues such as water transport.’

After completing his PhD in environmental engineering at the University of California, Berkeley, Logan spent 11 years at the University of Arizona where he carried out critically acclaimed work on a phenomenon called marine snow, which involves the coagulation of particles in ocean waters. ’Trying to understand why marine snow forms was rather like trying to understand why a bumble bee can fly - according to the standard equations, it just should not happen,’ he comments. ’But then we discovered the presence of invisible polysaccharide particles in the ocean that act like a net, capturing bigger particles and thereby creating the marine snow.’ This work has relevance to our understanding of global warming, as it may help explain how increased carbon dioxide in the ocean is removed from surface waters into sediments.

His work experience also includes a recent sabbatical at the University of Newcastle upon Tyne in the UK, through a contact with Ian Head, director of the Fossil Fuels and Environmental Geochemical Institute there. ’This gave me a chance to get back into the lab and is where I first got started on microbial fuel cells,’ he says.

He has pursued this interest at Penn State. Microbial fuel cells (MFCs) use bacterial action to create electricity or hydrogen fuel by extracting energy from organic matter. MFCs can also be used to treat waste water, and this application won Bruce a place in the ’Nation’s Top 50 Trendsetters’ list (Public Works Magazine, 2006) for contributions to public works that could make a real impact on national quality of life.

He is also director of the Hydrogen Energy (H2E) Center at Penn State where over 100 researchers are developing new hydrogen energy and hydrogen fuel cell technologies. ’People tend to think of ethanol when it comes to making energy from biomass,’ he says. ’But, in fact, bacteria have been making hydrogen from cellulose for billions of years.’

Logan believes that energy production and its impact is the biggest environmental issue we face over the next 50 years. ’Everyone agrees that there is no one solution to this problem out there. What we need is a variety of solutions. Microbial fuel cells could provide a significant contribution in bioenergy in the next 10 to 20 years.’ There are now MFCs at the pilot stage, but getting funding is proving difficult because of a lack of awareness of this potential energy source, compared to, say, solar energy. Added to this, he says there are engineering and technical challenges to overcome before MFCs can compete on the energy stage.

Logan’s involvement in environmental science is not confined to MFCs and hydrogen - as a glance at his impressive publications list reveals. He says it’s ’fun’ to publish in a lot of different journals. ’I think you can work in three areas,’ he says. ’One, the area you were trained in. Second, a closely related area. But, finally, I always find time for the so-called crazy ideas as well.’

But his concern for the environment drives everything he does in science. ’I care very deeply about global warming - this was the main reason for my getting into bioenergy. It is frustrating that the government in the US is not responding to the concerns of the scientific community.’ He admits it is hard to get US citizens to conserve energy; for his own part, he drives a hybrid vehicle and walks to work.

1986- 1987
Associate/Assistant Professor, Department of Chemical and Environmental Engineering, University of Arizona, US

1982- 1986
Research Assistant, Department of Civil and Environmental Engineering, University of California, Berkeley, US