Carlos Gutiérrez is not your average chemist. He started his academic career holding a paintbrush, not a pipette. But during his first year as an arts student at university, he was given an art handbook. ‘The last three chapters were all about chemistry,’ he recalls, ‘and I remember wondering what chemistry had to do with art.’ By the time he’d finished reading the book, he had decided that chemistry had everything to do with art. In his second year, he shifted his studies to chemistry. 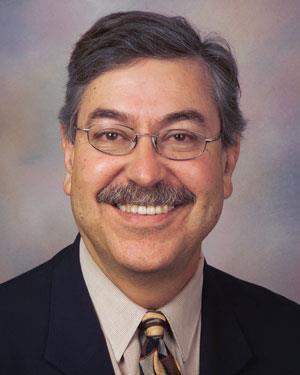 The artistry of synthetic organic chemistry appealed to Gutiérrez. ‘I had no idea chemistry could be so creative,’ he says. His PhD, at the University of California, Davis, focused on the total synthesis of the himachalene family of sesquiterpenes. ‘My supervisor, Bryan Miller, nurtured my combined interest in chemistry and art. He really appealed to the arts student in me,’ says Gutiérrez.

In 1975, Gutiérrez took up a one-year appointment at California State University, Los Angeles. He was still combining his love of art and science, working on an educational animated film. ‘I needed to survive for a year before starting a postdoc,’ he says. ‘But during that year, I fell in love with teaching.’ The appointment led to a tenure track position, and over three decades later, Gutiérrez is firmly ensconced at Cal State LA.

What made the teaching particularly enjoyable was the sheer diversity of students. ‘Cal State LA was the most diverse campus I’d ever seen,’ Gutiérrez says. ‘I’d see students ranging in age from 12 to 65, all attending the same organic chemistry class. My classes truly reflected the racial and ethnic diversity of LA at the time.’ Realising that minorities have historically been under-represented in science, Gutiérrez was inspired to boost the number of science students from a minority background.

The creativity of future practitioners of science is an incredibly valuable commodity, says Gutiérrez. ‘What better way to increase creativity in science than involving talent from as many different places as possible?’ he asks. As the director of the Cal State LA minority opportunities in research (More) programmes, Gutiérrez works with colleagues in chemistry and other departments to prepare talented minority students for science PhDs.

‘We don’t just put them in a research lab and leave them to it,’ he explains. ‘It’s a holistic programme to develop the attributes that science PhD students need in order to succeed. We help them understand the structure of research, and the importance of publishing their research.’ Just as importantly, Gutiérrez and his colleagues identify those students who are willing to put in the hard work required for a successful scientific career. ‘These students appreciate that there are no shortcuts to becoming a scientist,’ he says. To date, over 100 More alumni have completed a PhD and another 120 are currently enrolled in a PhD program. Altogether, they have published over 750 scientific papers. As he lists their achievements, Gutiérrez’ pride on their behalf is clear. 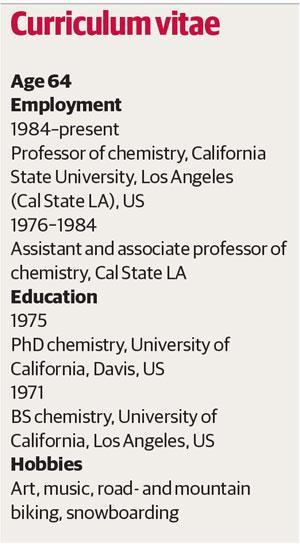 Through a number of external appointments, Gutiérrez has spread the diversity message across the US. He was the founding chair of the American Chemical Society (ACS) Committee on Minority Affairs, which set up the ACS Scholars Program. Since 1995, this initiative has supported the academic and career development of 2450 minority undergraduates pursuing degrees in the chemical sciences.

His tireless work promoting diversity in science has also led to a string of awards. Gutiérrez received the Presidential Award for Excellence in Science, Mathematics and Engineering Mentoring in 1996, and was named 2005 US professor of the year by the Carnegie Foundation for the Advancement of Teaching and the Council for Advancement and Support of Education. But the awards that mean the most to him are those related to his teaching. ‘Two of the awards I’m most proud of are the 1996 Honored Faculty Award and the 2005 Outstanding Chemistry Professor Award from the students of Cal State LA,’ he says.

Having spent most of his life in California, Gutiérrez believes he has glimpsed America’s future. ‘California is wildly diverse,’ he says. ‘A third of the population is Latino, about 10% is African American, and another 10% is Asian.’ In just a few decades, he says, many of America’s other states will likely have a similar composition. ‘Both scientific research and society in general will benefit from such a wide pool of talent,’ he predicts.