How to deal with failure 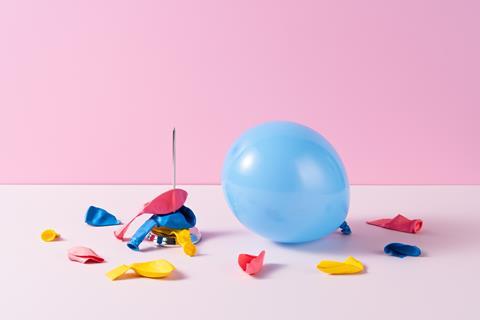 Failures can be deflating, but they happen to everyone

It’s commonly said that scientific advances are built on a foundation of previous failures – only through testing ideas do we eventually get it right. But in a competitive ‘publish or perish’ academic environment there seems to be little tolerance for failure. Chemists in industry also need to demonstrate success for career progression. So how can you develop a career where you are open to experimentation and risk, but resilient to the failures that will come your way?

Chemist Mark Reid, a UKRI Future Leaders Fellow at the University of Strathclyde, says he did not always handle failures well earlier in his career, particularly rejections from fellowship and job applications; ‘I felt that I had worked very hard, [and was] almost somewhat entitled … it was an entirely new experience and I didn’t have the toolkit to deal with it.’ Now he has developed those skills he is keen to share them with others.

It’s important not to put all your eggs into one basket. In a recent talk, chemistry Nobel laureate Ben Feringa from the University of Groningen in the Netherlands described how his group had worked on the catalysis of carbon-carbon bond formation for over 20 years before they succeeded. But his students always had additional projects: ‘I always tell young people [you] want to have one type of project that is fairly daring, with high risk, and also something that’s a little bit more safe and gives you some progress.’

Princeton University computer scientist Arvind Narayanan compares the choices scientific researchers make to those made by start up tech companies – both endeavours having high failure rates. In his blog he looks for ways to mitigate the risk of failure, but avoid playing it too safe. His solution is to ‘work on problems that everyone seems to think are bad ideas, either unimportant or too difficult, but where I have some “unfair advantage” that leads me to think otherwise’.

If you want to become a scientist, you have to stand failures and disappointments

Have a plan B

Contingency plans are crucial to deal with or even prevent complete failure. This is usually a key requirement for any funding proposal, but it’s important to have thought through all possible scenarios for a project. ‘You have to be able to prospect a little bit in terms of [the] future,’ Reid says, so you will know how you can pivot depending on the results you get. ‘Scenario planning is a really excellent skill to craft, it takes you beyond planning, to strategising.’

Know when to give up

Another important factor in dealing with failure is to know when to cut your losses. ‘Having an awareness of what the sunk cost fallacy is has been game changing for me,’ says Reid. This describes the tendency to keep going in the hope of recouping invested time and effort even when you are unlikely to do so. An idea Reid has found useful came from the author Seth Godin, who suggests the key is differentiating between being in a dip that you should work through or being in a cul-de-sac.

Reid says he now first looks at ‘tinkering’ – quickly setting up an experiment and getting data to see if it fails and whether it’s worth titrating again. ‘For me, it has been creating the fastest possible feedback loop in order to decide whether to go left or right.’

Cope with the emotional toll

Even if we can minimise the impact of failure, it’s still often emotionally difficult. Reid says that it’s important to remember that everyone will experience failure at some point: ‘As leaders, in any academic institution, I think it’s our duty to be able to share the fullness of our story, so that the students in our care don’t get a distorted view of how things really are.’ One way of doing this, first suggested by neurobiologist Melanie Stefan in 2010, is to create a CV of failures – a record of rejected applications that shows the knock-backs that even successful researchers experience. ‘I now have that on my website next to my CV,’ says Reid. ‘You don’t need to make it public, but as an exercise, it will most certainly help you see the fullness of your efforts.’

Focus on what you can learn from failure

Another strategy is to think of how to grow from failure. Reid suggests we should ‘reframe failure as an experiment, or a series of experiments’. According to Feringa, ‘if you want to become a scientist, you have to stand failures and disappointments … but don’t get distracted by that. Take inspiration and a positive attitude from the small successes you get.’

Failure will always be part of any career, but Reid says he is now equipped to cope. When an experiment fails or his grant proposal is rejected he looks at it as an opportunity for useful feedback and asks: ‘What can I try next time?’