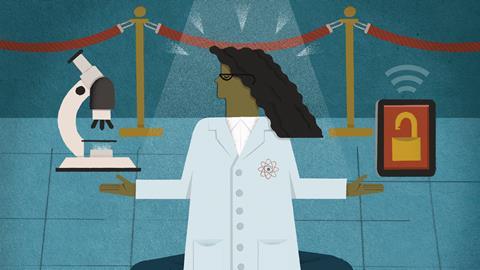 How to protect your intellectual property

If necessity is the mother of invention, then the patent needed to protect an invention could be viewed as necessity’s awkward grandchild – one that demands a lot of attention and money. But for a chemist with a commercial idea, knowing how to protect your intellectual property is crucial.

‘There are lots of different routes that you can take,’ says Lucy Padget, patent attorney at Alembia Intellectual Property, but they all involve proving your invention is new, useful and ‘not obvious’. If you can prove this, the UK Patent Office and patent offices around the world will grant you the right to stop others from copying your invention for up to 20 years.

The first stumbling block in protecting intellectual property is keeping it out of the public domain, because any disclosure of the invention will mean your idea is no longer novel, says Padget. ‘We call it confidentiality hygiene: until you file your patent application, you have to keep everything confidential. So that means you can’t publish it,’ she explains. And it’s not just scientific papers – it applies to any communication of the idea, such as giving talks. Even conversations about your invention should be held under the umbrella of a non-disclosure agreement, examples of which are available from the patent office website.

You can talk to your university’s technology transfer office. ‘Every member of staff is under confidentiality agreements,’ says Daniel-Florin Sava, of the University of Manchester Innovation Factory. Disclosures made for peer review are also confidential, but people can be caught out by disclosures made to obtain grant reference letters. Sava has also seen cases where a disclosure in a student’s master’s thesis led to a patent’s scope being reduced, decreasing its value.

Make sure you own it

If you are employed, it’s likely your contract assigns IP for anything you invent to the institution or company that employs you. Universities usually allow staff to retain a proportion of the ownership, but this may vary depending on whether funders are also entitled to a revenue share. Some universities offer sliding scales, with a lower ownership stake as revenues rise. Students generally own their IP, but can choose to assign some of the ownership to the university in return for support in setting up the venture.

The usual stumbling block is around ’the inventive step’

When it comes to drafting and filing your patent, there’s nothing stopping you from doing it yourself, ‘but I really wouldn’t,’ advises Padget. ‘An inadequate application will permanently diminish your legal rights.’ Chemist Alexander Golovanov recently went through the drafting process with the assistance of Manchester’s Innovation Factory and a patent agent. ‘Patents are written in a very different [style] to the language used in scientific writing. It’s almost like a programming language, you need to be very precise, so that it cannot be later contested,’ he says. Most patents go through a process of iteration, with a lot of toing and froing with the patent office before being granted.

‘The usual stumbling block is around “the inventive step” – you have to show [your invention] would not be obvious to the hypothetical skilled person,’ explains Padget. In pharmaceutical chemistry this can mean arguing about changes of functional groups on a molecule.

The next step is to consider the scope of your patent. ‘What you’re trying to do is get reasonable protection for your own invention, that stops others from being able to make simple modifications and piggyback on your work,’ says Padget. Golovanov says he has spent time thinking about the various areas where his invention could be useful: ‘If you keep digging and looking further and further at less obvious applications, you can identify a wider scope.’

Get a business plan and funding

Universities can provide help through their technology transfer offices or other business and innovation courses. Some of these may even provide small sums of seed funding to develop your ideas and test markets.

Protecting IP without a patent

Of course not all intellectual property is best protected by a patent. ‘There is definitely a consideration as to whether you should not file anything and just keep quiet about it,’ says Padget. Inventions based on complex processes could well be better kept as trade secrets because it’s very difficult to police their use once the patent is published. But this type of intellectual property can still have immense value. ‘You can definitely set up a spin-out with a trade secret…you can even license ‘know-how’,’ says Sava.