Alcohol and its role in the evolution of human society 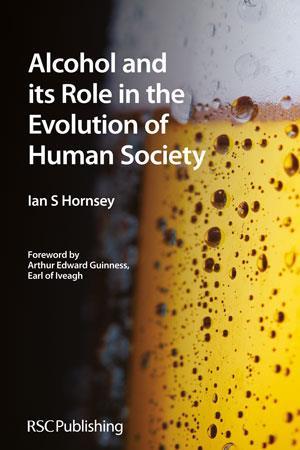 The fermentation of a sugary liquid into an alcoholic drink is beguilingly simple. The results are inextricably linked with our collective history, whether in the mead hall of Beowulf, Jesus’ first miracle at Cana or mediaeval breweries’ efforts to provide safe drinking ‘water’. Alcohol and its role in the evolution of human society gives a description of the science and social context of its production from the viewpoint of a former academic microbiologist and professional brewer.

The microorganisms responsible for alcoholic fermentation are identified and the mechanism of alcohol formation discussed as part of the story of how they are harnessed for the service of mankind. The majority of the book then concerns itself with what is being fermented, covering grains, honey, apples, grapes and more exotic carbohydrate sources. The evidence for their domestication is tied to their uses, with fascinating asides such as the politics of wheat use for beer versus bread, or the ceremonial use of sake. The book concludes by exploring why societies would not only condone the use of valuable foodstuffs to create an intoxicant, but actively incorporate it into their way of life.

I found the discussions of the state of the art and speculation on the future of this field particularly interesting – for example, selecting strains for malting that do not produce a particular glucoside (which may react to form a carcinogenic compound during the distillation of whisky) and developing techniques to produce a palatable gluten-free beer for sufferers of Coeliac disease.

Hornsey’s tour de force covers an immense amount of ground at an impressive depth. Readers unfamiliar with the fundamentals of brewing technology, metabolic pathways and plant biology may find themselves having to make use of the extensive references to get the most out of the text. This detail, however, provides a readable foundation for further research.

Purchase this book direct from the RSC. Members will receive a 35% discount.