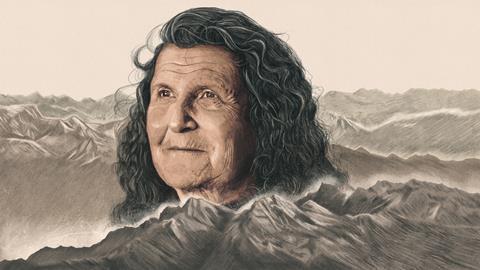 In situ with Arlene Blum

Arlene Blum is biophysical chemist, author and mountaineer based in California, US. She is a research associate in chemistry at the University of California, Berkeley. She is the co-founder and executive director of the Green Science Policy Institute, which works with business, government and academia to reduce the use of toxic chemicals, notably PFAS and flame retardants. In 2012, she was inducted into the American Alpine Club’s Hall of Mountaineering Excellence and in 2018 into the California Hall of Fame.

I love bad weather. I grew up in Chicago where winters were freezing cold with high winds and snow. I grew up in a suffocating family situation and I much preferred being outdoors in a blizzard to being indoors. I always want to be outdoors.

When I was younger, I led Himalayan mountaineering expeditions. Both my mountaineering and my scientific career started in my freshman chemistry class at Reed College. Amazingly, as this was the 60s, my professor Jane Shell was a 23-year-old woman with a chemistry PhD from MIT, which was quite unusual. She thought chemistry was the most fascinating subject on the planet. There were four girls in my freshman chemistry class, and we all ended up getting doctorates in chemistry. My lab partner John Hall was a very handsome young man from Portland, Oregon, who was a mountain climber. We studied chemistry late one starry night. He said: ‘You want to go climb Mount Hood?’ I said: ‘Sure!’ And so I did, and fell in love with chemistry, with mountain climbing and with him during my freshman year in college.

My favourite uncle was a chemist who inspired me. Uncle Sy worked at Argonne National Labs doing chemistry research. I also got to work there when I was in college. In those days, it was unusual for undergraduates to do research or write scientific papers. But I was able to work at Argonne and publish a paper in the Journal of Chemical Physics, which I thought was the most wonderful thing ever.

When I was in graduate school, I’d go climbing every weekend, which probably was not the best for the speed of my doctorate. And then I would find ways to take off a few weeks, or even a few months, for an expedition.

We’re all roped together with this common goal

In graduate school a vast majority of climbers were scientists. We didn’t know why. I think there are similarities. Climbing is solving an intellectual problem and also using your physical skills to reach the top of the mountain. It’s somewhat similar to scientific problem solving.

I think being accepted into a male-dominated environment was more challenging in mountaineering than in chemistry, at least at the level that I was at. I always felt pretty well accepted in chemistry, apart from the year I went to MIT. It was a tough place for women in those days. But at Reed College and at UC Berkeley, being a woman was fine. In mountaineering, it was a bit challenging. The idea when we wanted to do an all-women’s expedition on Annapurna – that was greeted with some scepticism. Women were judged differently in those days, but hopefully no longer.

My friends and family would describe me as enthusiastic, determined, goal-oriented and very much caring about the world. I’m an extrovert, I do my best thinking talking with people rather than by myself. I’m very lucky that I live at the edge of Tilden Park in the Berkeley hills. I enjoy hilly walks with beautiful views of the San Francisco Bay.

I don’t climb anymore, but I walk in the hills for a couple hours each day. I like to have as many of my business conversations as possible when walking. I’ve discovered that walking with my friends, discussing my work and research problems, I get my best ideas.

Sometimes I go walking with people in government, and have a full chance to explain what they could be doing during a two-hour walk. We’re all Zoomed out these days. Sometimes I even go walking with high level people from the chemical industry, who don’t agree with me on much except how beautiful the walk is.

I believe in vision, figuring out what’s important to you. What can do that you feel passionate about? And then having the confidence to try to achieve it and to gather people who share your vision so you can work together.

I feel like right now, I’m on my most important and challenging expedition: reducing the use of chemicals that can harm every creature on the planet. It’s similar, I think, to a mountaineering expedition: assembling a team of the best scientists, with a very clear summit – our summit is reduced toxics and a healthier world. And then there’s storms and avalanches and yetis, and all kinds of obstacles, and you just have to keep plodding upward. I even draw the analogy a little further. When you’re climbing Annapurna, and you’re roped together on a steep ice face, if one person slips, that can be the end of everyone. Working for a healthier world with reduced toxics is very similar, because we’re all roped together with this common goal. If we don’t achieve it, it’s very bad for everyone’s life and the health of our planet.

My goal at the Green Science Policy Institute is to use good science to change government policy, manufacturing, and the purchasing practices of big companies in order to move markets away from harmful classes of chemicals.

Back in the 1970s, I found that the flame retardant Tris in kids’ pyjamas was cancer causing and that use was stopped in three months. But I didn’t know that the same chemical Tris was also being used in furniture across the US and Canada. I took 26 years off from science and came back to discover the same Tris was still in our furniture. It had taken three months to solve the kids’ pyjamas problem. But when I started solving the furniture problem, there was an enormous lobbying from the chemical producers who spent a documented $20 million trying to prevent a change away from the use of harmful flame retardants. That was a huge struggle, which got solved when I started taking hikes with our governor’s senior advisor, and I educated him about the problem. He educated the governor of California, and then the flammability regulation was updated. Now, furniture across North America has increased fire safety without harmful flame retardants.

A big problem is a lack of transparency around what chemicals are in products. Chemical industry often claims chemical identity is confidential business information. It’s very, very hard, even for manufacturers, to learn what’s in their products. I was on the board of a company that made firefighting foam, the kind that they drop from airplanes, that they said was really green. They wanted me to say it was green, because that that would really help them with their business. I said, ‘Sure, but I need to know what’s in it’. We tried to learn that for three years. Even though I signed a non-disclosure agreement, I never found out what was in the foam.

I believe that chemists and other scientists can come together and have a big positive impact, and help save our health and our planet.

A couple months ago, we published a scientific paper finding that half the cosmetics we studied contain some PFAS [per- and polyfluoroalkyl substances]. On the day it came out, our paper was among the most read things on the internet. It has since had nearly 70,000 views and has helped move the cosmetics industry away from the use of PFAS.

Chemists should think about how their research can have impact – and then have a communication strategy. For example, many scientists don’t know that you can control the date your paper is published. You can set an embargo date and inform the press in advance. They are so happy when their paper goes online, so it goes online immediately. But actually, when that happens, the paper likely won’t be covered by the press. If you set an embargo date about two weeks in the future, then you have time to find reporters who are can write about it.

One of the biggest unanswered question in science is: can we all come together and solve the interlocking problems of climate change, plastic pollution and toxic chemicals globally? Each could destroy the world we know and love. Can scientists join with government and business, particularly with the petrochemical industry, to solve these big problems? I’m optimistic – Himalayan mountain climbers have to be optimists. I believe that chemists and other scientists can come together and have a big positive impact, and help save our health and our planet.