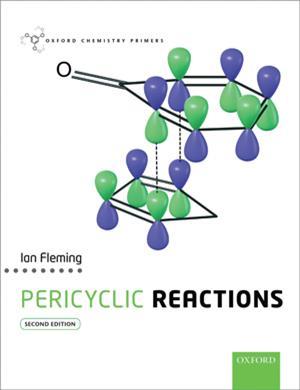 The second edition of Pericyclic reactions by Ian Fleming comes at a timely moment – the 50th anniversary of Robert Woodward and Roald Hoffmann’s seminal text on the stereochemistry of electrocyclic reactions. The historical context gains added significance by noting the upcoming 100th anniversary of Gilbert Lewis’ 1916 paper on the shared electron bond and its application by Robert Robinson in 1924.

Pericyclic reactions celebrates a remarkable period in bringing the role of stereochemistry (and topology) to the forefront of understanding mechanisms. This period also coincided with developments in the 1970s when  applied quantum mechanics enabled quantitative reaction potential energy surfaces to be constructed. Because many pericyclic reactions are capable of proceeding in the gas phase without a solvent, they quickly proved ideal test beds for this new area of computational chemistry.

Pericyclic reactions have also inspired generations of synthetic chemists to make molecules that push the theories of pericyclic reactivity to their limits – provoked possibly by the famous Woodward and Hoffmann remark regarding their rules: ‘Violations. There are none!’

The core of pericyclic reactions is their often highly selective stereochemical integrity, an explanation of which had largely eluded chemists prior to 1965 and only emerged through Woodward and Hoffmann’s work. The original explanations were largely couched in molecular orbital symmetries and, in particular, the frontier orbitals. This narrative is very much what you get in this book.

You may, however, miss the very brief mention on p37 of a different approach in understanding these reactions – the aromatic transition state method. It is only covered in half a page and you get hints of an entirely new area of chemistry that emerged from this approach – namely the exploration of alternative topologies for the wavefunctions of conjugated systems, named in honour of the mathematician Möbius. I do not entirely agree with the remark that ‘although wonderfully simple, this explanation is not very revealing’. Since around 2000, the chemistry of Möbius molecules and pericyclic transition states has burgeoned into an exciting area illustrating what one might hope for in future chemical theories. The study of pericyclic reactions in many ways could be regarded as having been at the core of organic chemistry for the last 50 years and there may be more surprises yet to come.