Scientific Babel: the language of science from the fall of Latin to the rise of English 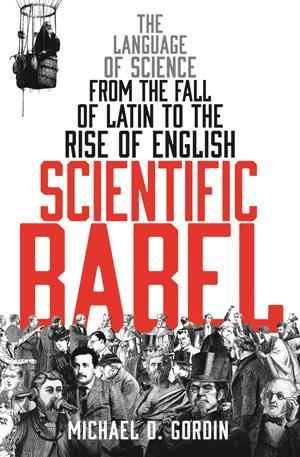 One of my earliest memories of university is a particular episode from an organic lab session. As we worked, a senior lecturer made his way round the benches, gathering small groups of students and leading them out down the corridor to the library where the expectant huddle was given the keys to one of chemistry’s treasure troves: Beilstein’s Handbuch der Organischen Chemie. With obvious pride and affection, our guide delivered a lesson in navigating the ‘handbook’ – dusty volumes stacked floor to ceiling containing what was once all the charted territory of organic chemical space. And with it, a brief lesson in German.

I doubt that any of us appreciated that the lesson we were in fact receiving was in history. Even at that time, the tomes were already a relic – their data digitised and, fortunately for me, fluency in one language no longer a barrier to learning science. As long as that language is English. But how did science achieve this Anglicised status?

For centuries, Latin provided scholars with a Babel-spanning bridge. But under democratising and nationalist forces, Latin eventually gave way to the languages of the living and scientists had to be multilingual simply to stay abreast of a burgeoning scientific corpus, now covered in a profusion of tongues including German, English and French.

The majority of Gordin’s book examines this period. His account brims with rich characters and episodes, as struggles of understanding were complicated by the struggle to be understood – a difficulty so easily overlooked when your history books are written in English.

Pleasingly, for chemists at least, Gordin uses chemistry extensively, almost exclusively, to illustrate his story – including examples such as the priority disputes that soured relations between the pioneers of periodicity Dmitri Mendeleev and Lothar Meyer, centring on a single mistranslation.

Gordin writes with an obvious joy for language, and he prefaces his work with caveats and limitations of his unavoidably Anglocentric viewpoint. This duty to his readers continues in fidelity to his sources – reproducing all the extracts and quotations as footnotes in their original languages. This also serves as a device to convey a sense of the problem posed by information made inaccessible by language. As the book progresses, the babble of footnotes abates, becoming an occasional murmur that is eventually silenced altogether as other tongues are steadily driven from the pages and English occupies each uncontested.

But as Gordin makes clear, this ‘scientific English’ is a dialect all its own – and just as impenetrable to those unschooled in its rules. We may yearn for readability and plain speaking, but this neglects the more vital function of its reduced, codified vernacular as a ‘vehicular’ language, enabling communication between peers otherwise separated by social, cultural, linguistic or geographic distance. This English is not ours to change.

In capturing the story of English’s ascendence, Gordin treats us to histories of chemistry, of academic publishing, constructed languages and machine translation, and presents an underused, yet illuminating viewpoint of the 20th century’s geopolitical tumult. A nourishing, enlightening read.

Next month, we’ll discuss Why Does Asparagus Make Your Wee Smell? by Andy Brunning. Read along with us and tweet us your thoughts to @chemistryworld using the hashtag #CWbookclub. Listen to the book club and all of our podcasts here.

Purchase Scientific Babel: the language of science from the fall of Latin to the rise of Englishfrom Amazon.co.uk