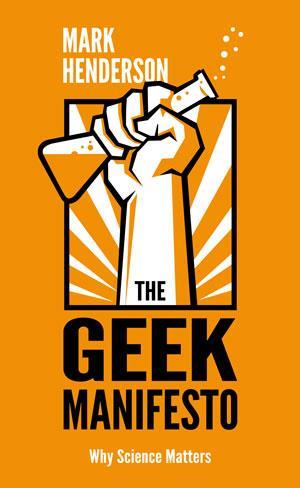 Written while he was science editor at The Times, Mark Henderson is attempting to capitalise on what he terms the ‘geek movement’ and to provide a handbook to make UK politics more evidence-based.

In the UK, what used to amount to grumbling in the pub has recently seemed more immediate and exciting. While the sceptic movement had been active for years battling against the peddlers of snake oil, including a memorable staged ‘overdose’ on homeopathy, in 2009 Simon Singh was sued for libel for taking on chiropractic. The feeling of outrage led the geeks to mobilise and Singh fought back, supported by fundraising events and moral support. Singh later ‘won’, costing him over £100,000. But the Keep Libel Laws out of Science movement still continues, and the government is currently looking at its legislation.

While the geek movement seems to have moved out of the pub and into political lobbying, Henderson is incredibly critical of the political process and the lack of evidence-based policy in government. His complaint, he says, is not so much that decisions are made for ideological reasons, but that evidence is abused to justify this. Henderson works to identify the different ways that evidence can be misused but also urges his readers not to let these lie. If these become electoral issues, he argues, perhaps we can force politicians to change. Henderson seems to envisage that we should make it clear that we will vote for candidates who treat evidence with respect.

Ultimately this book is a call to arms. It is an angry, immediate book that exists to mobilise the geeks into a political force. Those angry geeks have already clubbed together to send a copy of this book to every MP – whether they read it of course is another matter. The geek manifesto is of its time and I can’t help but feel it is written for those that don’t need to be convinced. The shame is that perhaps those who should really read the book won’t.

However, if you are at all interesting in how science affects politics (or is abused by it) and how politics affects science, this is an engaging, compelling read.

Purchase The geek manifesto at Amazon.co.uk.