Women in science: 50 fearless pioneers who changed the world 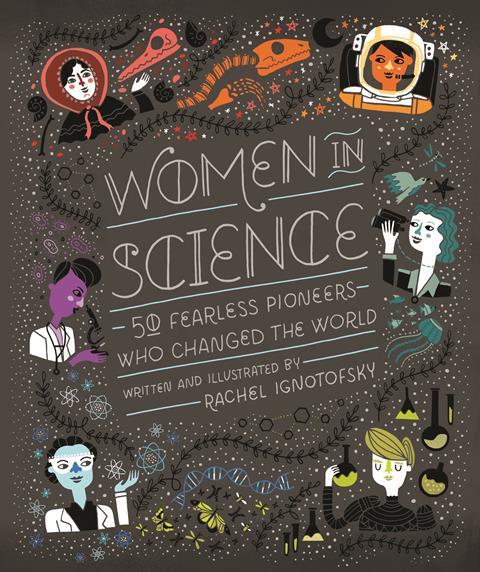 Does science need to be pretty? Some say the facts’ inherent beauty should speak for itself. Others believe it needs a powerful picture to get a story across to a wider audience.

No matter what you think, Rachel Ignotofsky’s bold illustrations are certainly eye-catching. She has penned serious scientific drawings, illustrations forThe New York Times, as well as hilarious anatomies of Godzilla and Sharknado. Ignotofsky’s first book, Women in science, is a celebration of her art and is as delightful as the rest of her work.

However, that doesn’t mean the book lacks content. Ignotofsky dedicates each double page to one of 50 women in science, from ancient Greek philosopher Hypatia to neuroscientist and 2014 Nobel laureate May-Britt Moser. The author recounts each scientist’s life story, combining aspects of their personal life and scientific discoveries. While the usual suspects, Ada Lovelace, Marie Curie and Rosalind Franklin, make an appearance, the book also features many scientists I had never heard of: African-American chemist Alice Ball, for example, who developed a leprosy treatment in the early 20th century long before antibiotics became commonplace.

Many of the situations the female scientists found themselves in – not being allowed to attend science classes, or having to sit behind a screen in lectures so as not to disturb their male colleagues – seem inconceivable from today’s perspective. However, a statistics page serves as a reminder that a severe gender gap still exists in science, though the author leaves it to the reader to find out why this might be the case.

Without going further into discussions around sexism in science, this book is a celebration of fascinating personalities who often made great personal sacrifices in the name of science. Ignotofksy’s charming illustrations take the reader through the condensed content and might also make the book more appealing to younger readers.

Reading any one page doesn’t take longer than a few minutes, which makes this an easy book to dip in and out of (although I was so hooked that I almost read through it in one go). For those who want to know more about the scientists covered in Women in science, Ignotofsky has put together a comprehensive resource list on her website. I highly recommend it for both scientists and non-scientists alike.