2
The age of eternity – part II 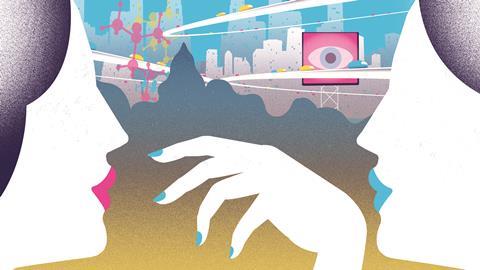 The age of eternity – part II

Find out what happens next in Robert Reed’s story

Read part one of the story

She was a widow once before, but that first time she was a lovely widow with bright eyes and a smile that intrigued every man. A widow with larger financial means and considerably less life experience. Quiet, slow hardship has changed her, and in ways that she couldn’t have predicted. She can usually pull off being a quiet 50, which isn’t the same 50 that she lived through once before. Her skull has a new shape, thinning in the jaw and around the always-large eyes, and that happens despite taking calcium-instigators to help her bones. But as with everything else, she’s learned that only so much is possible. Likewise, she takes a blend of steroids and growth hormone, and a pituitary precursor to keep her thyroid humming nicely. She also has a superminoxidal for her scalp. Except that a half century of dyes have made her thick hair stiffer than she would want. If she cared. And she does care, but not nearly as deeply as she might have guessed when she was 50 and 60 and even when she was 70.

The girl is sitting across from her. With her appearance, and with her careful non-answering of questions, the girl pretends to be older than her real age. But really, she’s not pretending anything. Those dissimilar hands expose quite a lot about her. Everything happening has to be considered a show, rehearsed and thorough and, in its own fashion, lovely. It’s easy to feel flattered, hearing the sales pitch delivered by someone who has found a potential customer, someone who thinks enough of this target to invest the next minutes and a lot of promises. ‘The girl thinks I’m an idiot,’ she tells herself. ‘And maybe I am,’ she thinks. And she says it too. Those last words leak out, surprising both of them.

‘Pardon me?’ the girl asks.

‘Nothing,’ she says. Then she gently falls into her own role in this game, lying when she says, ‘I don’t understand. Tell me about epigenetics again.’ 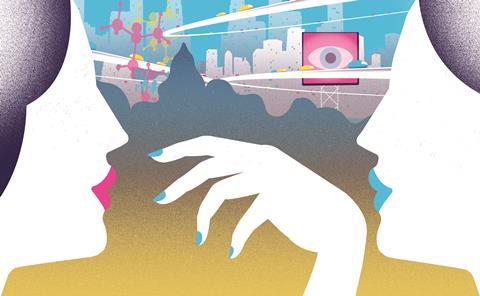 The fact is, she knows quite a lot about the methylators that manipulate every last one of your genes. Her expertise isn’t something visible in any public records. This is what happens when giant troubles convince someone to become good at something that never interested them before. Her third husband was dying. Insurance and savings reached only so far. Home pharmaceutical synthesisers are smaller than refrigerators and nearly as common, and they are quite talented when it comes to making steroids, heart pills and other generic compounds. But the man she loved was dying, and that’s why she read everything she could about hacking the appliance, and that’s why she unscrewed the backside of it and flashed new, rather illegal software, allowing the machine to replicate various proprietary drugs. Suddenly she became a criminal and a biochemist, and which of these titles makes her proudest? She can’t say. But sitting in sunshine, listening to a girl offering her nothing but immortality… this is the moment when she realises that she never wants to be a silly 50-year-old girl again.

The saleswoman pauses. ‘You have such a nice smile,’ she says, possibly meaning it.

‘And a wonderful laugh,’ says the sick old woman. ‘Which you’re very close to hearing, by the way.’

That earns a brief, luscious pause.

‘You still work for that awful company, don’t you?’

‘The shop that wasn’t helping enough people. I think you’re still associated with them.’

‘I told you that I wasn’t,’ the girl insists.

The costs will be huge, but they’ll be spread across the ages

Which is true as true can be. She claimed nothing else.

‘But if you want to see documentation…’ she begins.

‘Not really.’ That nice smile vanishes, replaced with a tight mouth and a glowering stare.

‘You know, personally I don’t hate the pharmaceutical companies. Your shop or anyone else’s. Everyone needs to make a living. Particularly today. Everyone is facing the prospect of decades and centuries of fending for themselves. And that does make a body want to find a profit.’

‘Just tell me,’ the sick woman says. ‘What you and your employers are offering… what will it cost me? Exactly.’

Some switch is turned. Truth has become more valuable than the prattle, and that deserves a cautious smile while she says, ‘At first, very little. But you’ll have to sign a contract. The costs will be huge, but they’ll be spread across the ages. And in turn, you’ll receive tweaks and fresh approaches whenever they become available.’

The girl has her own fine smile.

‘Millions don’t get this treatment,’ the sick woman points out. ‘If they did, I would know it. We’d all see it.’

‘Because this kind of work is and will always be terribly expensive,’ she says. ‘But don’t think of it as medicine. Think of this as a life-insurance policy. We have actuaries eating the factors, building towers of numbers, and looking at who would make the best candidates.’

‘Attractive and smart, with a proven track record of acquiring new knowledge and putting it to… unexpected uses.’

There. Honesty and a lovely day too.

She sighs and reaches for the old hand, and the hand is pulled back. But that isn’t her target. Up she reaches, two long fingernails cutting into a face that isn’t a face. No, this is a mask worn for work, and like any uniform, it peels away easily enough, exposing a child’s face and a child’s outrage to have been found out.

‘We’re going to come to an arrangement,’ the old woman tells her. ‘But it’s not the arrangement you had dancing in your head.’

Robert Reed is a science-fiction writer based in Nebraska, US

Read the concluding part of The age of eternity