Doubts over US and EU nanosafety drives

Regulators on both sides of the Atlantic have recently stepped up efforts to monitor the potential impacts of nanotechnology on the environment and public health. But with many goods incorporating nanotechnology already on sale, some experts fear that the voluntary codes being proposed are not enough to ensure such products are safe.

On 28 January, the US Environmental Protection Agency (EPA) rolled out a new voluntary programme to glean more information about nanoscale materials. Their Nanoscale Materials Stewardship Program (NMSP) has two parts. 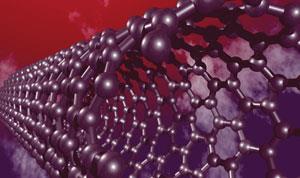 Are the EU and US doing enough to ensure nanotechnology is safe?

Through the ’basic program’, manufacturers, importers and users of engineered nanoscale materials have been asked to provide the EPA with information about these materials before 28 July 2008 - including their physical and chemical properties, hazards, uses, scope for potential exposure, and associated risk management practices.

Under the ’in-depth program’, participants will need to develop health and environmental effects data on a smaller set of representative nanoscale materials, and submit their findings to the EPA. The agency plans to implement NMSP for two years and then determine whether further regulation is needed.

That programme was followed in February by a new Strategy for Nanotechnology-Related Environmental, Health, and Safety Research  from the National Science and Technology Council (NSTC), which spells out priorities for work to be funded by government agencies.

This would be managed by the NSTC’s National Nanotechnology Initiative, the interagency body that manages nanoscience in the US. The NNI has recently seen a proposed increase in its 2009 budget which would take it from $1.49 billion (?760 million) to $1.52 billion next year. Of that money, $76 million is specifically apportioned to environmental health and safety research - more than double the 2005 allowance.

The Code of conduct for responsible nanosciences and nanotechnologies research  is also voluntary and sets out some general principles for nanotechnology research at universities, institutes and companies.

Based on a public consultation in July 2007, the code says that research should be safe and ethical, be in the interests of society, and meet the best scientific standards.

’The code of conduct is a tool developed by the Commission, after consulting with the public, that will make it very simple to address the legitimate concerns that can arise regarding nanotechnologies,’ said Janez Poto c nik, the EU’s Research Commissioner.

But some nanotechnology safety experts are dissatisfied with the EPA’s voluntary approach and have called for reporting to be made mandatory.

’There is good reason to believe that at least some kinds of nanomaterials are a threat to human health or the environment, and at the moment we really don’t have any regulatory system for dealing with that,’ said Terry Davies, a former senior official at EPA who now serves as an advisor to the Project on Emerging Nanotechnologies (PEN) at the Woodrow Wilson Center in Washington, DC. ’There is no incentive right now for anybody to submit information.’

The NMSP falls under the US Toxic Substances Control Act (TSCA), which has also faced criticism because it treats nanoscale materials no differently from other chemicals. Nanomaterials with the same ’molecular identity’ as a substance already listed in the TSCA inventory are considered the ’same chemical substance’.

Another criticism has been that TSCA - like REACH, the new EU chemicals regulation - is triggered primarily by volume of production. As a result, nanotechnology-enabled products fall through the regulatory cracks because they are often produced in low volumes.

Both the EU and the US have also doled out money to researchers to study the risks and regulation of nanotechnology.

On 28 January, the EPA together with other federal agencies gave out 21 grants worth over $7 million (?3.5 million) to US universities for research examining possible dangers to humans and environmental health posed by manufactured nanomaterials.

Meanwhile, the UK’s London School of Economics and Political Science (LSE) and Chatham House, together with PEN and the Environmental Law Institute in the US, have been awarded

400,000 (?300,000) by the European Commission to examine how nanotechnology can be regulated, and how safety rules in the EU and US can be made compatible with each other.

Robert Falkner, deputy director of LSE’s Centre for Environmental Policy and Governance and the project’s coordinator, said that they aim to ’provide recommendations to policy makers on both sides of the Atlantic on how to promote best practices and avoid future trade conflicts.’