The climate change agreement that nearly 200 nations reached on 11 December after nearly two weeks of negotiations at the United Nations climate summit in Durban, South Africa, is largely being celebrated by the global chemical industry. Meanwhile, environmental groups and some economic analysts are less happy.

The last minute deal should see all of these countries - developed and developing - sign up to a legally binding treaty by 2015 to significantly curb greenhouse gas emissions. That treaty will go into effect in 2020. This final agreement, the Durban Platform, also recognises the importance of reducing emissions to keep the average global temperature rise below 2?C.

Peter Botschek, who directs energy, health safety and environment for Cefic, the European Chemical Industry Council, tells Chemistry World that his group was ’positively surprised’ because even the ’big players that have previously rejected any obligations with regard to emissions reduction’ have now signalled their willingness to join forces to tackle climate change. ’Now all the major emitters, including the US, China and India, have agreed to an outcome with legal force,’ he says.

Botschek also expressed relief at the summit’s outcome, arguing that Europe cannot continue to be the only region committing itself to expensive emissions reductions. Such a scenario puts the European chemical industry at a serious disadvantage internationally, he says.

Russel Mills, Dow Chemical’s global director of energy and climate change policy, says the Durban Platform is a positive development that puts aside the artificial divisions responsible for freezing past progress on climate change.

Toward a ’one-planet approach’
’We have moved from a divided world back toward a one-planet approach where between now and 2015 all the major emitters will be working on some kind of common framework,’ Mills says, who co-chairs the International Council of Chemical Associations’ energy and climate change workgroup.

There is general agreement that the chemical industry’s market scope will be broadened now that major economies, previously not part of any global climate change framework, are now onboard. After all, the chemical industry makes many products key to reducing greenhouse gases and increasing energy efficiency, such as lightweight composites to improve vehicle’s fuel efficiency, structural foams and other components of wind turbines, as well as new energy storage and battery systems for electric vehicles.

Nevertheless, stakeholders note that the devil is in the detail. Botschek cautions against expectations that there will be ’a huge transfer of finance’ from industry to the least developed countries. ’We have to be clear that of course finance is key and investment is key; however, we need stable conditions and a functioning global framework,’ he says.

Specifically, Botschek labels expectation that poorer countries will get immediate access to intellectual property (IP) for free as ’unrealistic’. ’These kinds of things are not the right conditions to develop innovation and investment if policymakers were basically giving up IP rights,’ he warns. 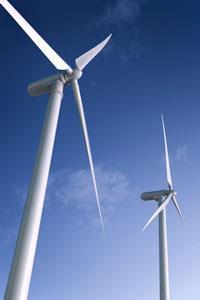 The chemical industry is vital for many low carbon technologies, such as composites for wind turbines

The American Chemistry Council’s vice president of regulatory and technical affairs, Mike Walls, says it is still too early to plot the effect of the agreement on the US chemical industry. For example, he said questions remain about the meaning of the ’legally binding’ commitment that is specified. By 2020, President Obama has committed to cutting greenhouse gas emissions by 17% below 2005 levels, but Walls says it is not clear whether the administration expects additional reductions.

Unnecessary constraint
’The chemistry industry is one of the largest energy consuming manufacturing sectors in the US, if not the biggest,’ Walls says. If not fully thought through, he said the outcome of this agreement ’could significantly impact the US chemical manufacturing base’. Walls estimates that the chemical industry employs nearly 1 million Americans, emphasising that ’it is important that any international agreement in this area not unnecessarily constrain our ability to put people to work to make the innovative products that the world needs’.

Meanwhile, others, especially environmental groups, remain unsatisfied with the agreement. Greenpeace accused participating governments of listening to ’carbon-intensive polluting corporations’ that are not interested in ending fossil fuels dependence.

’The grim news is that the blockers led by the US have succeeded in inserting a vital get-out clause that could easily prevent the next big climate deal being legally binding,’ Kumi Naidoo, executive director of Greenpeace International, said in a statement. ’Right now the global climate regime amounts to nothing more than a voluntary deal that’s put off for a decade.’

Richard Gledhill, a partner in sustainability and climate change at PricewaterhouseCoopers, also expressed scepticism. ’While we now have a road map and an ambitious timetable, the precise destination remains unclear,’ he said. ’Reaching 2 degrees will require a revolution in how we produce and use energy.’

As for what can be expected in 2015 and beyond, Mills said the new agreement contains flexible language that could allow countries to take individual approaches. ’They won’t have a single, top-down Kyoto-like treaty, but a number of different legislative fixes that will be subject to joint review...a framework that lets individual countries legislate,’ he suggested.

The Kyoto Protocol had ’no teeth,’ Mills stated, and that enabled Canada to recently walk away from it after failing to meet its targets. ’If things are written in national legislation, it’d be a stronger approach,’ he concluded.