The US Environmental Protection Agency (EPA) has not taken adequate steps to assure the safety of public drinking water because of ’systemic limitations’ and politicisation. These are the conclusions of a report from the Government Accountability Office (GAO), Congress’ investigative arm.

The EPA has identified more than 6,000 chemicals as the most likely source of human or environmental exposure, and the agency has been legally required to regulate these contaminants since 1996. However, the EPA hasn’t recommended any new contaminants for regulation with one exception. In this instance it reversed a Bush administration decision not to regulate perchlorate - a rocket fuel component shown to interfere with prenatal and postnatal growth and development. 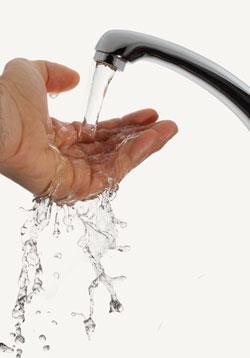 The GAO concluded that the EPA doesn’t have criteria for identifying contaminants of greatest public health concern, and its testing programme for unregulated contaminants - which can provide key data to inform regulatory decisions - has ’fallen short in both the number of contaminants tested and the utility of the data provided’.

For nine contaminants that the EPA decided not to regulate, those decisions relied on tests that weren’t sufficiently sensitive, the GAO noted. Furthermore, it said the EPA used scientific analyses that were ’atypical, lacked transparency and limited the agency’s independence’ when making its preliminary determination not to regulate perchlorate in 2008 (Chemistry World, November 2008, p5).

Although an intra-agency workgroup typically advises the EPA’s assistant administrator for water on whether to regulate contaminants, in the case of perchlorate that individual directed staff to leave the chemical unregulated. Key EPA scientists told the GAO that the agency mischaracterised important scientific findings on the sensitivity of various vulnerable groups to perchlorate.

The GAO also accuses the White House Office of Management and Budget (OMB) of intervening in the perchlorate regulatory process to ensure that the final regulatory determination downplayed the risk.

Beyond perchlorate
But the problem goes beyond perchlorate. For dieldrin - an insecticide the EPA banned in 1987 - the agency relied on insufficiently sensitive tests. The EPA found dieldrin in only 0.09 per cent of public water systems, but more sensitive testing by the US Geological Survey subsequently detected dieldrin in 3.1 per cent of public well samples.

To remedy the situation, the GAO recommends that the EPA develop criteria to identify water contaminants that pose the greatest health risk, use appropriately sensitive analyses and develop a process to evaluate the health effects of such contaminants on sensitive subpopulations like infants, children and the elderly.

The American Chemical Society (ACS) urges the EPA to adopt these GAO recommendations. ’The ACS believes that the value of science used to inform public policy depends on both its completeness and its integrity,’ spokesperson Glenn Ruskin tells Chemistry World. ’Completeness requires the inclusion of all pertinent scientific data and presented as succinctly and understandably as possible,’ he adds. Ruskin warns that selective use of data to support preconceived policy is ’unethical and ill advised’.

During 12 June testimony to the Senate,the EPA deputy administrator Robert Perciasepe said that ’there is room for improvement’. But the GAO says the agency doesn’t appear to acknowledge the scope and significance of the problems identified. ’In large measure, the EPA’s response to our recommendations essentially endorses conducting business as usual,’ GAO’s David Trimble told the Senate.

There is also some disagreement within Congress. Democratic Senator Barbara Boxer said these EPA failures occurred despite mounting evidence about public health threats from unregulated drinking water contaminants, such as perchlorate and hexavalent chromium. She argued that the EPA needs a process that ’vigorously addresses’ these contaminants.

But Republican Senator James Inhofe from Oklahoma insisted that it ’makes no sense to continue to tighten drinking water standards and send drinking water down an aging and failing infrastructure system’. He said the EPA’s own estimates indicate that drinking water systems will need over $300 billion (?186 billion) in infrastructure investments just to keep up with the current requirements over the next two decades.