The US Environmental Protection Agency (EPA) has indefinitely delayed rules governing emission of toxic air pollutants from boilers and certain solid waste incinerators at chemical plants and other major industrial facilities. The move comes in response to pressure from industry groups. The postponement of the rules, while the EPA carries out a formal reconsideration process under the Clean Air Act, has pitted the American Chemistry Council (ACC) against environmental advocates.

The new rules would limit emissions of nine different pollutants, including cadmium, sulfur dioxide and particulates.

The EPA’s 16 May decision will extend the deadline for public consultation before the standards come into effect. Thousands of facilities across multiple industries would need to make significant investments to bring plants up to standard. The EPA says the delay is due to the almost 5000 comments it received. The agency is also responding to petitions by various industry groups for administrative and judicial review of the rules.

’We commend today’s decision by the EPA, which wisely postpones the date by which businesses must follow these rules until final requirements are clear,’ says Cal Dooley, ACC president and chief executive. ’The stay will help ensure that US manufacturers and small businesses do not spend millions, if not billions, to comply with rules that are still under EPA review.’ 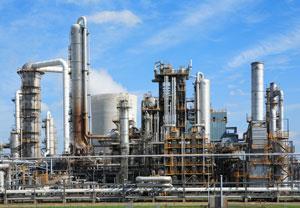 But environmental groups are less enthusiastic. Earthjustice says that what the EPA has delayed is an effort to reduce and limit emissions of several air pollutants, including mercury, lead and dioxins. The EPA has estimated that these rules would save up to 6500 lives each year by 2013.

Nevertheless, last month the ACC joined others - including the American Petroleum Institute, the US Chamber of Commerce and the Society of Chemical Manufacturers and Affiliates - in requesting that the EPA issue an immediate stay of the rules. Specifically, they argued that chemical production facilities with existing coal-fired boilers would suffer ’irreparable harm’ due to the ultra-low emission standards and would struggle to meet the 20 May deadline.

Furthermore, industry groups said the dioxin emissions standards and related requirements are ’fundamentally flawed and unachievable’. In a 27 April letter to the EPA, they note that facilities will have to undertake extensive performance testing and analysis to better gauge how to operate each affected unit to achieve compliance, noting that each performance test costs between $10,000 (?6155) and $20,000 per unit with many companies having multiple units.

The stay will remain until either the EPA decides the new rules can proceed or the judicial review is completed. The public consultation will remain open until 15 July.