The US Environmental Protection Agency (EPA) wants to tighten its oversight of certain chemical substances by adding 16 chemicals to its Toxics Release Inventory (TRI) list. The proposal, which is part of EPA Administrator Lisa Jackson’s campaign to provide communities with more complete information about chemicals, would represent the first expansion of the programme in more than a decade.

TRI is a public EPA database that contains information on toxic chemical releases and waste management activities reported annually by certain industries as well as federal facilities. It houses data on nearly 650 chemicals and chemical groups from about 22,000 industrial facilities in the US.

The EPA says it has reviewed the available studies and concluded that the 16 chemicals in question - which include vinyl fluoride and four substances that fall under the polycyclic aromatic compounds (PACs) category involving persistent, bioaccumulative, toxic chemicals - could cause cancer in humans. 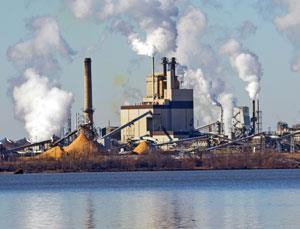 Approximately 175 facilities will be affected by the proposals, estimates the EPA. They are expected to file 186 reports containing release and waste management data for the 16 chemicals being proposed for addition. ’The proposed rule will result in the expenditure of resources by both industry and the EPA,’ the agency’s economic analysis concludes. Affected facilities are expected to spend time reporting the required information to the EPA through the 10-page ’Form-R’, which seeks detailed information including activities and uses of the toxic chemical in question at the facility, the maximum amount of the toxic chemical on site at any time during the calendar year, on-site energy recovery processes, and on-site recycling processes. EPA also notes it will spend time processing these new forms.

Should the EPA’s proposals be enacted, the agency estimates that these compliance activities will cost industry nearly $860,000 (?560,000) in the first year, and nearly $290,000 in the subsequent years. In comparison, the EPA expects to incur costs of less than $800 a year.

The chemical industry is scrutinising the EPA’s plan in order to offer recommendations and input during the 60-day period when the agency will accept comments on the proposal before finalizing it.

The Society of Chemical Manufacturers and Affiliates - an international trade association based in Washington, DC that represents the small and mid-sized batch chemical manufacturers - says it is still ’vetting the issue’ with its member companies and trying to determine how, if at all, it effects them.