EPA starts over with its hexavalent chromium review

The US Environmental Protection Agency (EPA) has quietly decided to restart its toxicology review of hexavalent chromium (Cr(VI)) in drinking water. The review, which was originally scheduled to be completed in 2011, is the last step in a decade-long process to adopt a drinking water standard in the US for Cr(VI), which is used in the production of stainless steel, chromate chemicals and pigments.

The EPA’s decision to delay the process comes despite the agency concluding years ago that Cr(VI) was carcinogenic when inhaled. The EPA now says that too little information was available, until recently, on its potential to cause cancer when ingested. 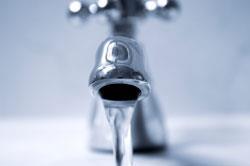 The EPA has now announced that it will consider the results of recently and soon-to-be completed research on the chemical before finalising its assessment. The agency said its oral assessment will be revised and combined with the inhalation assessment, which is currently in draft development. This draft assessment will be released for public comment and external peer review in 2013. It isn’t expected to be finalised before late 2014.

The EPA’s decision is seen by some as an about-face. In 2010, the chemical industry criticised the agency for moving too hastily toward stricter standards for Cr(VI). At that time the agency sought an immediate 60-day public comment period on its draft toxicological review of the chemical’s safety, which the American Chemistry Council (ACC) described as ’premature’. The trade group said the agency issued its draft assessment before crucial research could be published.

Unsurprisingly, the ACC welcomed the delay in the EPA’s Cr(VI) assessment. The group’s vice president of communications, Anne Kolton, called the agency’s decision to allow a review of the new research a ’welcome change’. She said past reviews have failed to meet scientific benchmarks, adding that recently released research findings on oral exposure to Cr(VI) increase scientific certainty on its mode of action.

Meanwhile, environmental groups like the Natural Resources Defense Council are accusing the EPA of caving to industry pressure. They say ACC has won an unscientific political victory.

’I am totally deflated because they were on the verge of completing this decade-long process, and it looked like it was going to be an honest effort, and now it is being thrown off,’ Tom McKee, a former environmental scientist at the New Jersey Department of Environmental Protection, tells Chemistry World. He says ACC funded the very research it’s trying to use to delay the process.

This issue has now attracted attention on Capitol Hill.’ The National Toxicology Program study, which I requested almost a decade ago, established that chromium six is hazardous, harmful and carcinogenic, and the government has yet to take action,’ said California Democrat representative Adam Schiff. He calls further EPA delays ’unconscionable’.