Over the past two decades, numerous independent reviews have identified problems with how the US Environmental Protection Agency (EPA) is managing the laboratories that provide the agency’s scientific advice. Now, a new report by the congressional Government Accountability Office (GAO) finds that the agency’s failure to respond to multiple calls to reorganise its 37 labs could be resulting in duplication and waste.

Improving efficiency is especially critical in light of current efforts to reduce the US federal budget deficit, which include significant proposed funding cuts for most agencies, including the EPA. The GAO report concludes that the EPA must use its scientific and lab resources more efficiently, but cautions that the agency’s ability to do so is hampered by a lack of coordination.

David Trimble, the director of GAO’s Natural Resources and Environment team, tells Chemistry World that the EPA’s labs have various strategic plans and they span 170 buildings in 30 cities, with 15 different senior managers in charge. He says there is no mechanism in place to coordinate plans and prevent duplication. However, Trimble acknowledges that the GAO did not identify any specific overlapping scientific programmes at the EPA, and it hasn’t developed any cost estimates associated with such redundancies. 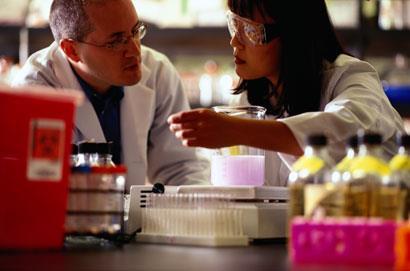 Better coordination is needed to prevent duplication at EPA labs

Despite multiple evaluations that have identified weaknesses in the EPA’s scientific leadership, the agency has failed to appoint a top science official with responsibility for all of the agency’s research and technical activities. Instead, the GAO concludes that these activities remain ’fragmented and largely uncoordinated,’ reflecting the management structure of each lab’s senior official.

Without an agency-wide, coordinated approach to managing its scientific efforts and related facilities, there is no way for the EPA to be sure that it is spending its money wisely, the GAO warns.

Furthermore, the EPA lacks some critical information about its labs, including vital data about use and operating costs. The agency is also missing basic information regarding its laboratory workload and workforce, and such details are essential to identify any critical skill gaps in the EPA’s current or future workforce.

The EPA, in general, concurs with the recommendations. In a recently released letter to the GAO, EPA deputy administrator Bob Perciasepe notes that a ’major challenge’ is the significant expense involved in maintaining the agency’s portfolio of ageing federal facilities. He said recent policy mandates from Congress and the Obama administration are designed, in part, to reduce the energy, environmental and materials impacts of current and future federal facilities. ’The costs to comply with these policies affect laboratory facilities significantly,’ Perciasepe wrote, noting that labs consume more energy and emit more greenhouse gases per square foot of floor space than virtually any other type of facility - as much as five to 10 times more energy is needed to run a lab as an office building of equivalent size.

The GAO report was requested by Brad Miller, the top Democrat on the House of Representatives’ Science, Space and Technology Committee, after the EPA requested an extra $2 million in its 2012 budget to fund another independent, longer-term study of its labs. ’Let’s make sure that if another study is commissioned it addresses the needs we identified in our report,’ Trimble says.