A world-renowned chemist has finally taken up position as the US Environmental Protection Agency’s (EPA) science adviser, and assumed the helm of the agency’s research arm, more than six months after being nominated by President Obama. 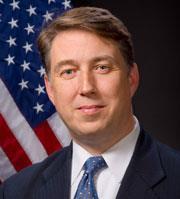 Paul Anastas, a Yale University chemist who is considered to be the father of the green chemistry movement, is now in charge of EPA’s Office of Research and Development (ORD) and the nearly 2,000 scientists who work there. ORD, whose purpose is to guide the agency in its mission to protect human health and the environment, has 14 research labs across the country. It also supports a significant number of university projects.

As EPA science adviser, Anastas is charged with providing scientific advice to the agency’s administrator, Lisa Jackson, on the wide range of issues that EPA confronts ?- ranging from the science underlying clean air and water to the impacts of specific toxic substances.

Anastas has most recently served as the director of Yale’s Center for Green Chemistry and Green Engineering, and before that in the White House Office of Science and Technology Policy under both presidents Clinton and Bush. He also has worked for EPA’s Office of Prevention, Pesticides, and Toxic Substances as chief of the industrial chemistry branch.

His nomination was put forward by Obama back in May 2009, and it was well-received by the scientific community as well as key lawmakers. But his confirmation was held up by unrelated politics. Louisiana Republican senator David Vitter vowed to block Anastas’ nomination until EPA agreed to have the US National Academy of Sciences (NAS) review the agency’s formaldehyde risk assessment.

Concern was expressed at the time that such a action could delay EPA action to address formaldehyde toxicity. The stalemate finally broke on 24 December when the Formaldehyde Council (FCI) - an industry group representing formaldehyde producers and users - announced that EPA had agreed to let the NAS serve as the peer review body for its full formaldehyde toxicity assessment. EPA has been working on this draft assessment for several years, and it is expected some time this year.

FCI celebrated the action by EPA. ’Senator Vitter has acted as a firm advocate in favour of sound science in the development of public policy,’ stated  FCI’s executive director, Betsy Natz.

Anastas supports Jackson’s decision to allow NAS involvement in the study. ’Having a review of data and the underlying science is always part of quality science,’ he tells Chemistry World. Nevertheless, he warns that such peer review should never be used inappropriately, saying only those deemed ’necessary and appropriate’ should be pursued.

Now that it is over, Anastas seems to think that the wait to join EPA was worth it. He describes a ’tremendous energy’, ’urgency’ and ’thoughtfulness of the approach’ that permeates the agency.

Anastas says he is a firm believer in the sanctity of research and thinks it must be protected against politics, commercial and other interests. He is also heartened by the fact that both Obama and Jackson have made it explicit that the integrity of science is one of the fundamental pillars of regulatory agencies like EPA.

’Science is at the basis of EPA’s mission, and anything that compromises the science compromises our mission,’ he tells Chemistry World. ’The fact that this has been annunciated time and again by both the president and Administrator Jackson has made me tremendously happy.’

At the same time, Anastas remains firmly committed to green chemistry, which is defined as the design of chemical products and processes that reduce or eliminate the use and generation of hazardous substances. ’Sustainable design like green chemistry, green engineering and industrial ecology are absolutely the future of environmental protection,’ he states.

The spark that ignited his career was lit in Anastas as a child. The son of a high school biology teacher, he grew up just south of Boston overlooking what he describes as ’the most beautiful wetlands’.   After seeing bulldozers destroy the wetlands to build an office park, he was distraught and soon after decided to become a scientist.

Anastas’ PhD work in organic chemistry was initially focused on making anticancer drugs. But after leaving graduate school and working at EPA, he decided in 1989 - at 27 years of age - to shift away from designing molecules that can treat or cure cancer and toward developing a way of making all molecules so that they can’t cause cancer. About two years later, EPA launched its ’green chemistry’ programme, a term coined by Anastas.