First tests for pesticide endocrine effects in US

More than a decade after Congress directed the US Environmental Protection Agency (EPA) to carry out assessments of endocrine disrupting chemicals, the agency has announced the first set of compounds to be screened under its Endocrine Disruptor Screening Program (EDSP).

Endocrine disruptors are chemicals that can affect hormones produced by the endocrine system, which regulate growth, metabolism and reproduction.

The EPA has requested that manufacturers screen seven compounds under this  first round, including atrazine - a widely used herbicide that may be associated with birth defects, low birth weight and menstrual problems. Although banned in Europe, atrazine remains prevalent in the US, with EPA documents from 2003 suggesting that more than 76 million pounds of the chemical are applied in the country each year. 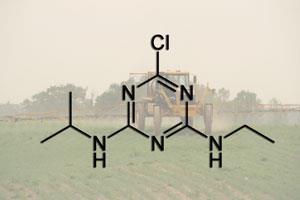 Test order recipients will be held to a tight schedule - they have 90 days to tell the EPA how they plan to generate the data. Progress reports are due within one year, and final responses - including the screening data required to satisfy the EPA order - are due within two years.

The EPA has warned manufacturers that it may deem data from existing studies submitted in lieu of new data unacceptable, and could demand new data without a time extension.

On 21 October, the agency released the battery of scientific assays and test guidelines for conducting the reviews, and a schedule for issuing test orders covering 67 chemicals over the next four months. The EPA expects that the resultant data will provide clearer scientific information to help determine whether additional testing is necessary, or whether further steps are required to address potential endocrine disrupting chemicals.

The testing carried out through the EDSP programme will eventually expand to cover all pesticide chemicals.

The American Chemistry Council (ACC) says it will cooperate with the EPA, and that the EDSP test orders provide an opportunity to demonstrate the ’sound science’ behind the safety profile of its members’ products.

’The chemicals scheduled for evaluation have a strong safety record and provide tremendous benefits in Americans’ everyday lives,’ states Cal Dooley, ACC president. He says a ’full interpretation of the wealth of existing data on these chemicals is critical’, so that the EPA and industry can determine what additional studies, if any, are needed.