The confirmation of Yale University chemist Paul Anastas to head the US Environmental Protection Agency’s (EPA) scientific research arm is being stalled by what appears to be unrelated  formaldehyde politics. 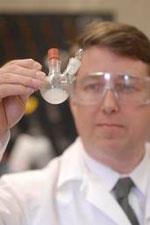 Anastas, known as the father of the green chemistry, was an uncontroversial choice to head EPA’s Office of Research and Development. He had strong backing from lawmakers and the research community, and served as chief of the EPA’s industrial chemistry branch and as director of its green chemistry programme.

After his nomination back in May, a key Senate panel easily approved Anastas in July. But now,  Louisiana Republican Senator David Vitter is blocking Anastas’ nomination because he wants the EPA to submit to a review of its formaldehyde risk assessment by the US National Academy of Sciences  (NAS).

Vitter maintains that a broad coalition is requesting an NAS study of formaldehyde, calling for a single, comprehensive, scientific analysis of the compound’s effects on human health.

Anastas, whose research focuses on the design of safer chemicals and chemical processes to replace hazardous substances, is now playing the waiting game. ’I am just waiting patiently for the Senate process to work its way to a final vote and confirmation by the Senate,’ Anastas tells Chemistry World. ’I think we face

tremendous challenges in ensuring the best science is brought to bear on issues like arsenic and formaldehyde,’ he adds.

For several years, EPA has been working on a full assessment of the toxicity of formaldehyde to be posted under its Integrated Risk Information System (IRIS). The full draft toxicity assessment is expected for review within a year.

The agency disagrees with Vitter’s position and believes additional research is unnecessary. ’The research has been done and we are ready to move forward,’ states agency spokesperson Adora Andy. The concern is that an NAS study could delay resolution and action on formaldehyde toxicity. 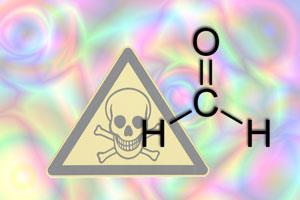 Potentially harmful to health, formaldehyde is used in hundreds of industrial processes including the manufacture of paints, textiles, pesticides, cosmetics and biomedical products

Vitter says his intent is not to hinder the IRIS assessment, but to ensure that a complementary NAS study, which he says the EPA agreed to over eight months ago, is completed. The lawmaker’s interest in formaldehyde was spurred after the US government acknowledged that trailers used to house victims of Hurricane Katrina in New Orleans four years ago possibly contained unsafe levels of formaldehyde.

’We need to get absolutely reliable information to the public about formaldehyde risk as soon as possible,’ Vitter’s spokesperson, Joel DiGrado, tells Chemistry World. He says that last year the EPA (under the previous administration) endorsed a plan to involve the NAS, but claims it has since hampered efforts to complete the research.

The EPA’s administrator, Lisa Jackson, visited Vitter last month in a failed bid to get him to release the hold on the Anastas’ nomination.

The similarities between Vitter’s position and that of the FCI have led to questions about Vitter’s motives  for drawing out the EPA’s action on formaldehyde.

’I am disappointed in Sen. Vitter.I would think that he would [want to] support EPA in its scientific analysis of  formaldehyde,’ says Beverly Wright, executive director of the Deep South Center for Environmental Justice in  New Orleans.

’We live in a state where a lot of petrochemical companies give large contributions to our lawmakers,’ Wright tells Chemistry World. ’These companies may be exerting a bit more power over some of his decisions than they should.’

In fact, US Federal Election Commission records confirm that this year the lawmaker received $9000 (?5700) from the political action committee of Dow Chemical, $5000 from Monsanto, $5000 from Exxon-Mobil, and $2500 from the American Forest and Paper Association. Dow and the American Forest and Paper Association are members of FCI, and Dow, Exxon, and Monsanto are reportedly among the top formaldehyde emitters in the state.