US reforms could double the cost of chemistry patents

The US House of Representatives approved legislation last week that could dramatically raise the cost of patenting chemical reactions and discourage researchers from presenting or publishing their work, lawyers have warned.

The bill, passed by the House on 7 September, would be the biggest shake-up of the US patent system since the 1950s if it is enacted into law. But there are concerns over a last minute change to the bill, giving the director of the US Patent and Trademark Office the power to force all applicants to provide details of why their invention is patentable.

That work, currently performed by PTO staff free of charge, could add $10,000 to $20,000 to the cost of a patent application, says Harry Shubin, a former PTO examiner now teaching at George Mason University, Virginia, US. A patent for a simple chemical invention already costs between $7,000 and $20,000 US dollars.

Chemists would be among those hardest hit if the legislation were to become law because the complexity of the field, Shubin says.

’If my invention is a chemical reaction, and it uses a particular technique to take reactants out as they are produced, I will have to read every example of every possible relevant patent to see if they are using the same process,’ he told Chemistry World. ’That is a lot harder than looking at a diagram of a machine.’

"If my invention is a chemical reaction . I will have to read every example of every possible relevant patent to see if they are using the same process" - Harry Shubin

The steeper costs of protecting intellectual property could also discourage spin-outs. ’This will increase the amount of start-up money you need to get to a point where we have something to sell,’ Shubin said.

The bill aims to bring US patent law into line with that of other countries by switching it from a ’first-to-invent’ to a ’first-inventor-to-file’ system. Although the proposal has garnered some industry support, universities fear it could discourage academics from writing about or discussing their findings. 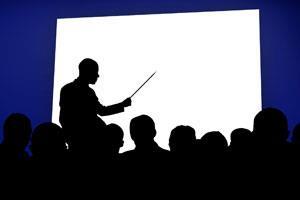 The bill could discourage academics from presenting their work

Lawmakers have said there will be a grace period of a year to allow researchers to publish results without destroying their chances of applying for a patent. But, as the bill stands, that will only come into effect if Europe and Japan also adopt a similar grace period, which appears unlikely.

However, there is a long way to go before the bill can become law. The US Senate is set to adopt its own version of the legislation in autumn and it will then have to iron out any differences over the bill with the House. Even if lawmakers do pass the legislation, there is a question mark over whether President Bush will sign it off. He has expressed concern that the bill could ’reduce incentives to innovate.’

Rebecca Trager is US correspondent for Research Day USA