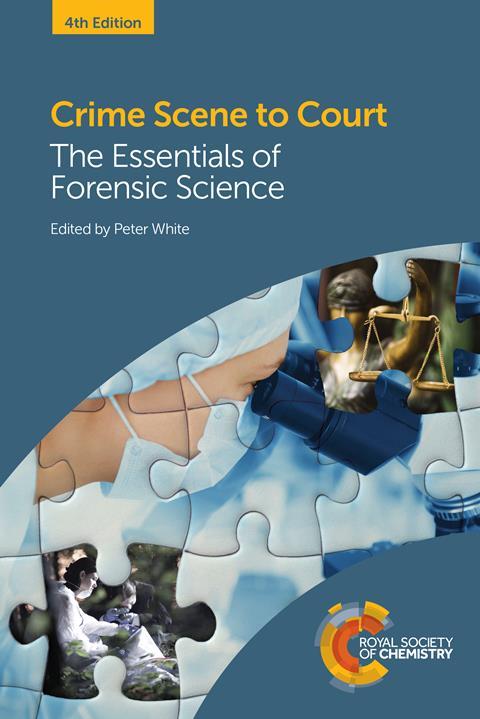 Now in its fourth edition, Crime scene to court remains a key book for anyone wishing to get to grips with the multifaceted field of forensic science.

Starting with an introduction on forensic practice and science’s role, subsequent chapters lead the reader from the work of crime scene investigators through to the delivery of expert evidence in court. The intervening chapters each cover a different forensic specialism – the number and range of which is truly impressive for a single text with a modest page size. While each chapter is written by experts in their field, the content is presented in a way that is readily accessible to anyone with a keen interest in forensic science, regardless of background and prior scientific knowledge.

This edition also includes colour photographs that help bring the text to life, though some might not be suitable for those of a delicate disposition (rotting pig carcass, anyone?).

For those wondering whether a fourth edition was really necessary, the simple answer is yes. Since the last edition, the Forensic Science Service has been disbanded, leading to fundamental changes in the provision of forensic services within the UK and greater challenges relating to quality control. Five chapters from the third edition have been completely rewritten for this version, most notably the two referenced in the title: ‘The crime scene’ and ‘The courts and expert evidence’. The remaining chapters from the previous edition have been updated and, where necessary, restructured to reflect technological advances and current practices. The forensic investigation of smartphones and tablets, and a whole chapter devoted to fingerprints and other biometrics, are just some of the things included here for the first time.

Despite the significant updates, a couple of chapters still include bibliographies where the most recent reference is from before the previous edition. While a little disappointing, it is unclear whether this should be taken as a criticism or is in fact an indication that the books referenced are the ones that require updating.

An excellent all-rounder, Crime scene to court manages to walk the fine line between breadth and depth of information, without ever feeling overwhelming or unwieldy. It provides a fascinating insight into many different evidence types, the information that can be obtained from them and the role of the people investigating them. The next time I am asked whether working in the field of forensic science is like CSI, I shall point them towards this book so they can see that fact is much more interesting than fiction.