Image and reality: Kekulé, Kopp and the scientific imagination

Image and reality: Kekul?, Kopp and the scientific imagination 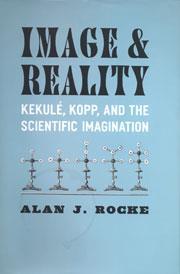 When the 19th century chemist August Kekul? told an audience of his peers about the snake-like chain of atoms seizing its own tail which had appeared to him in a dream some 25 years earlier, he gave chemistry one of its most famous and enduring myths. Kekul? was speaking at the legendary ’Benzolfest’, held in 1890 to honour his contributions to structural theory. The dream, of course, related to his proposal of a cyclical, hexagonal structure for that most puzzling of organic molecules, benzene.

In this lively and highly readable book, historian Alan Rocke makes a persuasive case for chemistry as the scientific discipline most influenced by visual modes of thought, and he does so in part through a new historical account of Kekul?’s dream. But Rocke does much more than that. By situating Kekul? in the context of mid-19th century chemists’ struggle to connect their sensory experience to the unseen molecular world, Rocke has produced a detailed and fascinating account of the development of structural theory, rich with unprecedented insights into the ’mental and material techniques’ which underpinned that ’truly heroic intellectual accomplishment’.

Whether in its revealing study of the work of Alexander Williamson, its illuminating analysis of Hermann Kopp’s molecular world view, or its exposure of theThirsty Chemical Society, this book is as entertaining as it is informative, as full of original historical evidence and argument as it is demonstrably the work of someone with a deep understanding of, and love for, chemistry. It is a tall order to write a book which is scholarly and accessible but Rocke has succeeded admirably.  Image and reality  is both a major new contribution to the history of 19th century chemistry and a very enjoyable read, and I recommend it most warmly.