Handprints on Hubble: An Astronaut’s Story of Invention 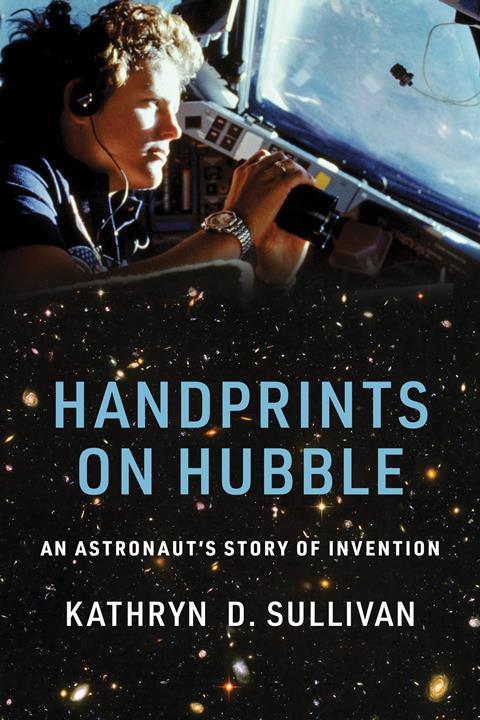 Handprints on Hubble is a biography of both the author Kathryn Sullivan, one of Nasa’s pioneering female astronauts, and the Hubble space telescope.

The book opens with a brief outline of Sullivan’s journey from university graduate to one of Nasa’s new recruits in the late 1970s, to her first spacewalk and mission aboard the Challenger shuttle in 1984, with many years of training and planning in between.

The book is part of a series on invention and innovation, and as such the technical details are very much in the foreground of the narrative. The majority of sequences read like paraphrased mission briefings or technical summaries. This becomes stilted at points and, like many areas of science, astronomy and space exploration has a tiresome obsession with acronyms. While the book has a glossary of the most frequently ones, this takes a bit of the zeal out of the adventure: spacewalks are EVAs, astronauts are TFNGs, the vast building that is Hubble’s atelier is the VATA.

Considering the book provides an opportunity for first-hand descriptions of the rigours and challenges of a career as an astronaut, the text is surprisingly free of heart. A real sense of the stakes involved and the awe of achievement is lacking. Sullivan describes a serene moment during a spacewalk: holding onto the exterior of the space shuttle with one hand, she glances down past her boots as South America slides beneath her feet. The book would have benefitted greatly from more such asides.

As the narrative progresses, I read with a sense of foreboding knowing that the Challenger disaster of 1986 lies in the pages ahead. It is noted with the gravity it deserves, and the story moves on swiftly. There is no reflection or discussion of whether space research is worth the human cost, or whether Sullivan harboured any doubts about continuing along the path of an astronaut. Perhaps it has been discussed all too often before, is too difficult a subject or Sullivan has simply chosen to avoid taking a stance.

The book eventually moves onto Hubble’s side of the story and again the narrative is entrenched in technical details. The telescope’s longevity and the foresight to design it to be maintainable and updateable are achievements Sullivan clearly relished in her work on the project.

The book includes a good number of colour photographs, though there are too few of the stunning images that Hubble has captured and too many of the hardware, tools and equipment. Overall, there is something to enjoy in such an informative book. But for the most part, it seems Sullivan has been looking at the telescope when she could have been looking through it.