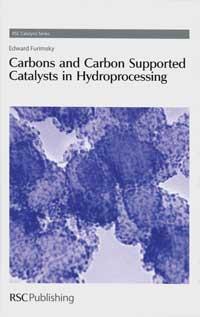 New books from the world of hydrogen

Hydroprocessing is the production of clean fuels by catalytic treatment of hydrocarbon feedstocks with hydrogen. An industrial catalyst is typically cobalt and molybdenum on alumina. Carbon-supported catalysts are not used commercially but, to quote Furimsky: ’Because of the neutral nature and little interaction with active metals, carbon supports are suitable to study the structure of active phase without interference as is usually the case of oxidic supports.’

Furimsky’s book is useful and timely, covering: industrial carbons; sulfides; hydrogen adsorption, activation and spillover; catalyst preparation and characterisation; mechanisms; and deactivation. Unfortunately the book is marred by poor organisation and errors. Figures and tables are not cross referenced, necessitating much page turning. Acronyms are used excessively (’GB’, glass beads) rendering passages unintelligible: ’... traces of PCHA were also present and they may indicate that PCH and PCHE were formed via HYD of OPA to PCHA followed by HDN...’ Inequalities are ambiguous, leading to such confused sentences as: ’...they established the following order of interaction of Mo species with the support: AC

Furimsky is distinguished in catalysis. The presentation of the book does little justice to him, the editors or the publisher. This book is the first of a series. Might we hope that future volumes are of a standard to be expected of the RSC?