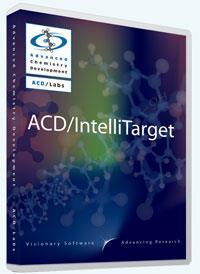 ACD/Labs’ Intelligent Compound Recognition for MS Search (IXCR), powered by ACD/IntelliXtract, is designed to deconvolute the mass spectra of complex mixtures, such as environmental samples.

Severn Trent Laboratories (STL) carry out analysis of dirty water samples including trade and sewage effluents, leachates, and contaminated ground water for organic parameters such as pesticides, phenols, and polyaromatic hydrocarbons (PAHs). One of STL’s routine analytical methods involves the analysis of US EPA 8270 semi-volatile compounds (SVOCs) using Agilent GC-MSD systems. In addition to providing results for about 100 target compounds STL also produces a list of tentatively identified compounds (TICs) for each sample, together with the estimated concentrations.

Due to the complex nature of many of the chromatograms obtained in this process, the production of the TIC report is a highly skilled and time-consuming process. A software solution based around mass spectral deconvolution was therefore of interest.

STL’s expectation of such a software solution was to bring a greater degree of automation to this process with deconvolution of samples, automatic search for compounds in the US National Institue of Standards and Technology (NIST) database, and generation of a report with corresponding peak areas from which they could extract semi-quantitative information.

IXCR performs all of these steps with reduced operator involvement. Having worked with the software for two months, STL found that deconvolution using the ACD/IntelliXtract algorithm was able to identify a wider range of compounds than by using the GC-MSD process alone. The software automatically searches the NIST database for similar mass spectral patterns (based on reconstructed pure component spectra) and produces a clear and concise report including names of identified compounds (with a match score) and the area under the peak. Importantly for STL, the report can be automatically exported into standard software where concentrations can be calculated.

Despite the software being very different to anything STL had previously used, they found it fairly intuitive. Furthermore, results were very comparable to other solutions they had evaluated. The real benefits for STL have come in the software’s ability to help reduce analytical time and therefore increase capacity for this type of analysis.