Letters from an Astrophysicist 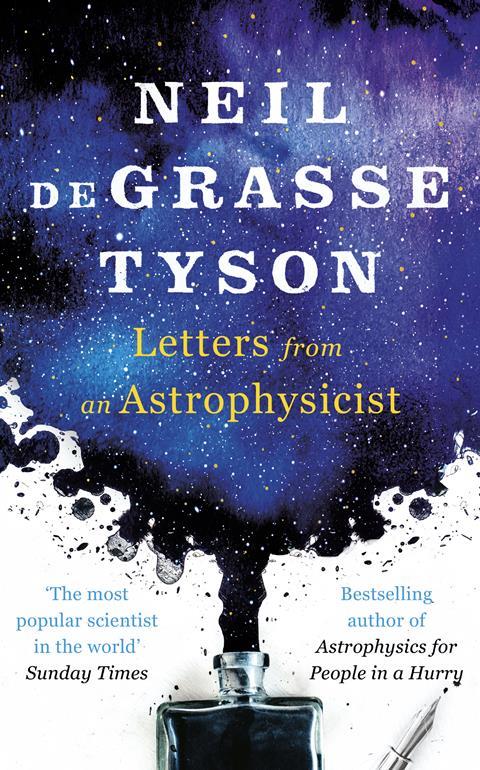 The preface of Letters from an Astrophysicist starts by bemoaning that, thanks to social media and emojis, ‘letter-writing has become a lost art’. As a millennial who has consistently been scorned by older generations for any number of things that have been made simpler over the years, this was very much a ‘turn off’ phrase for me. Had I not already had some faith in author Neil DeGrasse Tyson’s writing, I might have stopped there. Now, having read the book in its entirety, I am very glad I persevered.

As the title suggests, the book is composed of correspondences scattered over two decades, from friends and strangers alike. Tyson fields questions ranging as far afield as the pros and cons of paying taxes and how military funding should be allocated, all the way through to the moral implications of killing an alien and the existence of Bigfoot. In each case he lays out his answers with the clarity of a natural public speaker, unflinching in the face of what he politely dubs ‘hate mail’. He is uncompromising in his own beliefs, at times to the point of sounding patronising or rude.

However, further reading makes it clear that this is never Tyson’s intent and is merely his honest response to letters that lack any further context beyond the words themselves. In some places I found myself irritated by this style of writing, only to realise that it was more due to my disagreement with Tyson’s viewpoint than because his argument was presented in an offensive way. Each time I was forced to evaluate my own opinion and, in so doing, developed a better understanding of why others might hold different views. Even if these sections didn’t serve to change my mind on matters like the value of the way we describe science or the importance of the moon for astrophysics,1 they did offer me new perspectives to consider.

This isn’t a book I would recommend to someone wanting to learn more about the science of the universe. Instead, Letters from an Astrophysicist is a collection of the questions that first drove humanity to study the stars and, where possible, the answers we have found from centuries of research. To me, the letters sent to Tyson highlight the curiosity about our skies that all humans seem to share. More than anything else, Letters from an Astrophysicist  shows that people of all ages, from all walks of life, from all over the world are still looking up at the stars and asking questions.

1 While I concur with Tyson’s conclusion that the moon holds little value for science beyond geology, I would argue that it remains a symbol that has encouraged wonder and determination on which our desire to study the stars has been built for millennia.