Spotlight on the British Einstein

Dirac was a strange, taciturn character but a brilliant scientist

In this notable work, one of the giants of twentieth century physics, Paul Dirac (1902-1984), has at long last been honoured with a biography that comprehensively covers his life and times. Dirac, who has been widely recognised as the greatest British physicist since Newton and is sometimes referred to as the British Einstein, occupied the same chair as that of Newton, namely the Lucasian professorship of mathematics at the University of Cambridge. 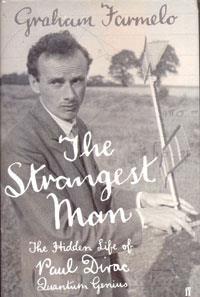 Dirac was one of the giants of twentieth century physics

Starting in the 1920s, Dirac published a series of brilliant papers on the foundations of quantum mechanics, perhaps his most important breakthrough being his prediction of the existence of antimatter, namely that every fundamental particle has an antiparticle. In the case of the electron, for instance, the antiparticle is the positron. Chemists will probably best remember Dirac for the equation named after him that predicts with great accuracy the properties of atoms and molecules. The Dirac equation, which superseded the Schr?dinger equation, takes into account the relativistic nature of electrons and becomes especially important when heavy atoms are being considered. So confident was Dirac that his new approach was groundbreaking that he made the rather rash assertion that ’the underlying physical laws necessary for the mathematical theory of a large part of physics and the whole of chemistry are thus completely known’.

As well as covering the relevant science, this biography is brimming over with stories and anecdotes about Dirac the man. One thing that comes through clearly is that Dirac was a very unusual person; Niels Bohr describes him as the strangest man ever to enter his laboratory. From an early age Dirac became inhibited from speaking by an overly strict French-Swiss father who insisted on being spoken to only in French. This proved very difficult for Dirac as he had no special talent for languages and so he generally kept silent. He continued to do this for the rest of his life and spoke only when absolutely necessary, which had scientists vying with each other to recount the most amusing incidents arising from Dirac’s economy with words. In spite of his taciturnity, he managed to get married in 1937 to the divorced sister of the Hungarian scientist Eugene Wigner and to become father to four children, two of his own and two that his wife brought into the marriage. It seems that his wife was the precise opposite of Dirac in that she was loudly extroverted and came to refer to him as ’my little Mickey Mouse’, which was partly a reference to Dirac’s great love of Mickey Mouse films.

This work is teeming with such incidents from the extraordinary and fabled life of Paul Dirac. It is an absolute must read and is likely to remain the definitive text on the subject for many decades to come.