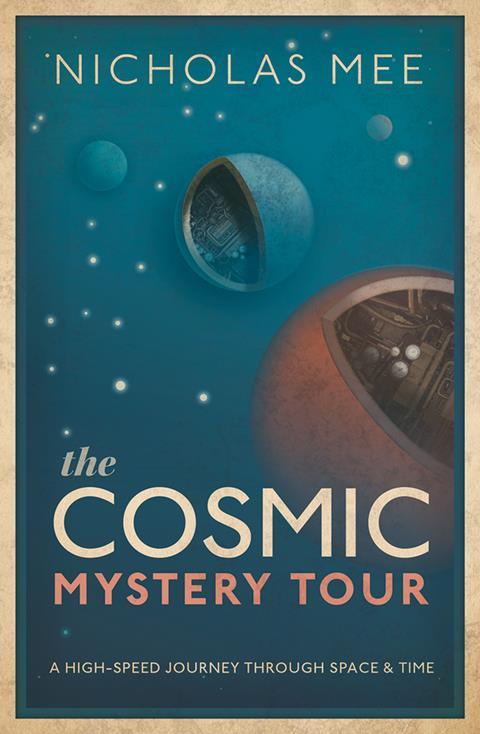 Living up to its subtitle, The Cosmic Mystery Tour really is a high-speed journey through space and time. In less than 200 pages, Nicholas Mee, theoretical physicist and author of several popular science books, takes the reader on a whistle-stop tour of the universe.

The book is set out in three parts. In the first one, Mee explains how scientists through the centuries formed an understanding of the universe’s fundamental laws, from the nature of light to the atom’s inner structure. The second part focuses on more recent cosmology – it’s all about how the universe started, where all the stuff in it comes from, black holes and giant cosmic diamonds. Part three is dedicated to the question whether there’s alien life somewhere out there.

Although this is a science book, it really is about the people behind the science. Mee has a knack for introducing the reader to some of the colourful characters, including the ever-grumpy supernova-discoverer Fritz Zwicky who called his colleagues ‘sycophants and plain thieves’, and Cecilia Payne who worked determinedly against institutionalised sexism to become the first to calculate the sun’s elemental composition.

I enjoyed that Mee doesn’t stop at historical accounts. He discusses recent experiments like gravitational wave detection and Breakthrough Starshot, a project with the goal to send miniature spacecraft to our neighbouring star system Alpha Centauri. With foresight, Mee writes that ‘we should have the first direct image of a black hole very soon’, which finally happened in April this year.

Although Mee’s is the most compact book on astronomy I’ve come across, it certainly doesn’t feel like he’s rushing through things. His explanations are spot on, just enough to make sense of key discoveries without ever becoming overwhelming. There are also lots of colourful images – photos of scientists, concept art and even movie stills – that help break up the text.

The subchapters are so short that I never felt I had to stop in the middle of one even if I only had a few minutes of reading time. And I really appreciate Mee’s imaginative headings, my favourite being The laboratory at the end of the universe, which is part of the chapter Pan galactic gargle blaster.