Cytochromes P450. Role in the metabolism and toxicity of drugs and other xenobiotics 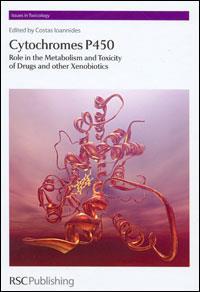 Cytochromes P450. Role in the metabolism and toxicity of drugs and other xenobiotics

This book isintended for postgraduate students and professionals interested in the toxicological consequences of the metabolism of drugs and xenobiotics by cytochrome P450 enzymes.
Although an introductory chapter provides general background on the cytochrome P450 system, most of the book addresses the roles of these enzymes in toxicology, with a central core of chapters in which the roles of the individual P450 families are surveyed. The organic and mechanistic chemistry of the reactions is sporadically discussed, but the book’s strength is its biochemical and toxicological focus.
The approach of reviewing the cytochrome P450 system and its role in drug activation, followed by discussion of the roles of the individual P450 families, and finishing with aspects of regulation is effective. However, the coverage is selective rather than comprehensive. Thus, one finds an extended discussion of the use of modeling in substrate predictions, but only a brief survey of the principles of enzyme inactivation. Likewise, the activation of polycyclic aromatic hydrocarbons is extensively reviewed, but other activation reactions, such as those of alkyl halides heterocyclic rings, are essentially not discussed. Most surprisingly, the prototypical oxidation of acetaminophen to a hepatotoxic species is not covered in any detail.
Despite its shortcomings, this book provides a readable, up-to-date review of the critical roles of cytochrome P450 enzymes in all areas of toxicology. As such, it fills a void in the current review literature and will be welcomed by investigators interested in the contribution of oxidative xenobiotic metabolism to xenobiotic and drug toxicity.