Ellutia takes GC beyond the ‘box-in-the-lab’, with its customised chromatography

‘My father, Phillip, started the company in 1994,’ says Ellutia’s marketing director Andrew James. ‘He was head of chromatography at ATI Unicam [formerly Pye Unicam] in Cambridge, where he’d worked his way up since joining as an apprentice engineer in the mid-1970s.’ At the time, the company was being bought by Thermo Electron, and Phillip felt that his ability to develop the products he wanted to was being restricted, so he broke away and founded Cambridge Scientific Instruments, which later became Ellutia. 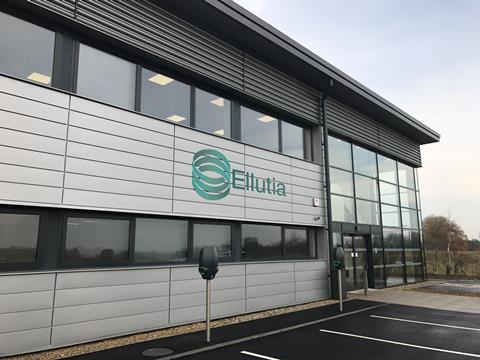 ‘We originally just produced accessories for chromatography instruments,’ says James, but a few years later the company launched its 200-series GC – a small, simple instrument for educational applications. Realising that it couldn’t compete directly with the larger manufacturers, Ellutia looked for ways to differentiate itself. ‘We’ve done that mainly through customisation, be that customising our own products or developing completely bespoke systems,’ he adds. 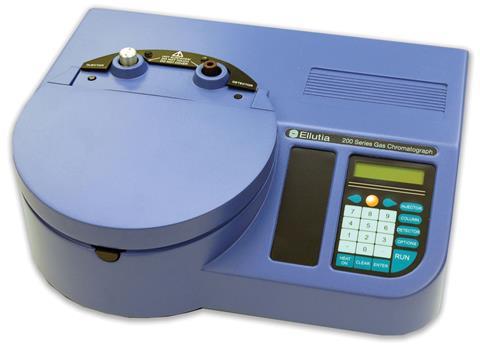 Ellutia first entered the market with its 200 series GC

‘We’ve had quite a few projects in nuclear reactors, monitoring reactor gases,’ James says. ‘We’ve developed a portable ultra-fast GC for a company that looks at petrol adulteration; but the biggest one so far is our cork analysis project.’

In the early 2010s, one of the largest producers of wine corks approached Ellutia with a challenge: guaranteeing that none of its corks contained 2,4,6-trichloroanisole (TCA) – the main cause of ‘corked’ wine. ‘The issue with cork is that the level of TCA can vary massively from cork to cork, even if they’re punched from the same piece of bark, because it comes from a fungus,’ James explains.

The standard analytical method was to soak the cork for 24h in a wine-strength ethanol–water mix, followed by solid phase microextraction and GC. So it was impossible to test every cork. Starting with a customised version of its 200-series GC, Ellutia developed a fully automated system that tests a cork every 18 seconds. ‘We had to learn a lot about robotics to deal with handling, moving and sorting the corks,’ says James. 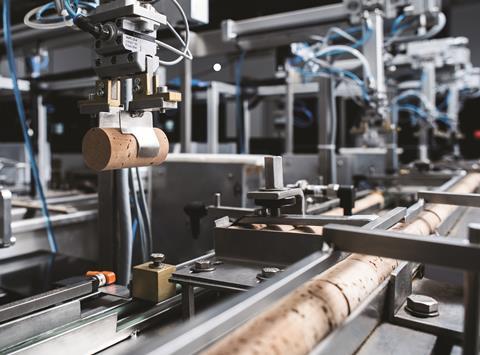 Ellutia’s automated system ensures that every cork it tests contains less than 0.5ng/l of trichloroanisole, the main cause of ‘corked’ wine

The system employs parallel processing lines, with multiple GCs feeding into each detector. Instead of soaking the corks, they’re heated to evaporate volatiles, including TCA. These gas streams are then fed into the GC columns for analysis. The cork producer initially set Ellutia a target detection limit of 10ng/l, ‘but eventually we ended up having to get it down to 0.5ng/l, which was really pushing the limits of the detection systems,’ he adds.

The company has also specialised in ultrafast GC. This uses metal columns that can be heated by passing a current through them, instead of using an oven. ‘The column itself becomes the heater,’ says James. That allows temperatures to be ramped up quickly – up to about 1000°C/min, although for most analysis the maximum heating rate would be around 200°C/min. The column can also be cooled quickly, from 350°C to 50°C in about a minute, by blowing air over it. Heating the column directly uses less power than an oven, which helps when building portable instruments. ‘You’re using a fraction of the power for a fraction of the time, so the overall energy and gas consumption per sample is much smaller,’ James adds. 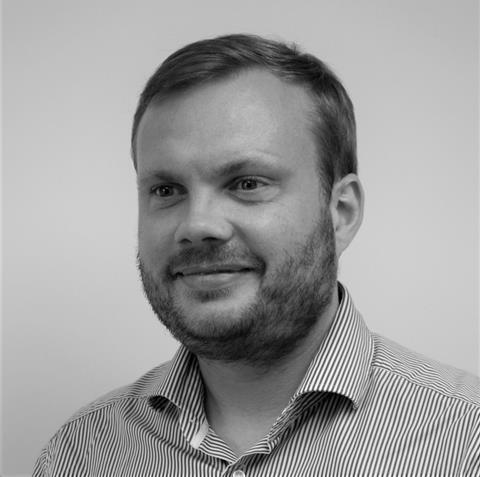 Andrew James is Ellutia’s marketing director, and son of its founder, Phillip James

‘The fuel additive company we’re working with produces non-launderable markers for fuel, which can’t be extracted like the dye in red diesel could be. They sell them to governments, who put them into the fuel supply, so they know that if they sample fuel at a station, they should detect the tracer compound at a specific level. If it’s not there, or it’s diluted, or there’s a different tracer present, it means the fuel has been adulterated or smuggled from elsewhere. Because they know when their peak comes out, once it’s passed, they can rapidly ramp up the temperature to clean out the column, ready for the next sample,’ says James.

Ellutia’s next step is to develop its training service. It already partners with chromatography training firm Anthias Consulting, but the company is planning to develop its own packages, specifically aimed at non-specialist users in industries like brewing and the burgeoning cannabis industry. ‘There’s been a seismic shift in the cannabis industry,’ says James. ‘A couple of years ago people’s attitude was that only the big regulatory testing labs needed that level of analysis. Now they want to move it in-house because they’re paying large fees to send off samples and waiting weeks for results.’

Most of the analysis required is routine, says James, but people like cannabis breeders, growers and processors rarely have any chemistry experience, let alone chromatography expertise. ‘There are some people who are just in it for the money,’ says James, ‘but there’s also a large group who can see that if the medical aspects of cannabis use are to be taken seriously, they need the level of data and quality control that every other industry has.’

Ellutia hopes to support this drive for a stronger reliance on analysis. ‘Getting analytical testing in lower down the supply chain can only be a good thing,’ says James.