Journal publishers should do more to help researchers communicate clearly 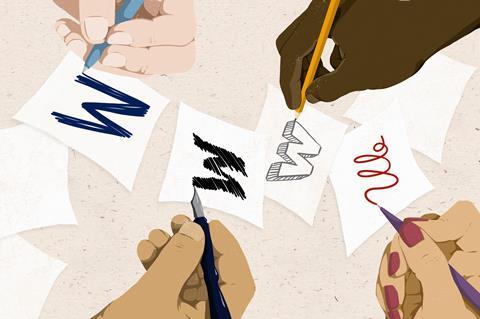 It’s easy to think of science communication purely in terms of the whizz-bang excitement of events held for the public. But scientific progress depends upon communication between researchers – after all, you can’t build on someone else’s results if you never hear about them. Which is why it’s a shame that our current systems make reading about the latest results pretty difficult.

Even with open access initiatives to break through the barriers of journal paywalls, a further hurdle is thrown up by the language used to write research papers. As Aisha Al-Janabi explores, one issue is that this language is English. Writing up scientific results is hard – writing them up in a foreign language is far harder (and not helped by reviewers who then choose to criticise grammatical errors over scientific arguments).

But even if you can read English fluently, some scientific papers still seem impenetrable. They come loaded with technical terms that can be very field-specific (or even paper-specific – the temptation to coin your own acronym is irresistible to some). That’s not to say jargon can’t be useful: used appropriately, it can quickly and unambiguously convey a complex concept. But first, it must be explained.

Some people think that explaining jargon is only necessary for public engagement. In a previous job writing plain-language summaries for a biomedical journal, I had one researcher protest that their work didn’t need summarising, because their results were only of interest to fellow researchers. But while I aimed to make the summaries I wrote understandable to people with little scientific background, a survey found that over 80% of readers were in fact scientists, looking to catch up on research outside of their direct niche.

Blaming researchers for writing hard-to-understand articles is unfair, of course. They write using highly technical language because academic culture tells them that this is how scientists write, and because its highly formalised structure is easy to reproduce. They don’t explain jargon because article word limits are tight and the rigour, novelty and impact standards imposed by journal editors and reviewers mean papers must be densely packed with results. They don’t write plain-language summaries (or translations) of their research because they’re so rarely seen that many people might not even realise that providing them is an option. Certainly the effort of writing them rarely translates into career rewards.

This is an area where publishers need to step up and provide more support – after all, their role in the research ecosystem is to help scientists communicate their research. As Nessa Carson says in her latest column, we can make faster and better scientific progress if we make it easier to cross disciplinary boundaries. The first step of that is to make it easier for us to understand each other.