An interest in environmental issues has led chemist Tom Henman into a career as a contaminated land consultant. Karen Harries-Rees reports

An interest in environmental issues has led chemist Tom Henman into a career as a contaminated land consultant. Karen Harries-Rees reports

Tom Henman’s early plans to become a research chemist in industry changed as he became disillusioned with chemistry while he was at Oxford University, UK. ’I found the way it was taught a bit old fashioned,’ he says. At the same time he became interested in environmental issues but, he says, there was very little opportunity to follow this at Oxford in the late 1980s. However, in his research year, he was able to do a project on the history of mercury pollution in the environment. 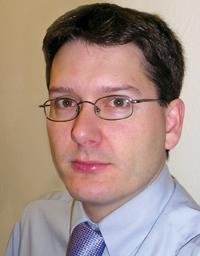 His environmental interests led him to a PhD at Imperial College London, UK, looking at recycling coagulant sludges in water treatment. This was part of a Department of Trade and Industry postgraduate training partnership aimed at grooming graduates for industry. Henman spent 18 months of his PhD working at WRc, a water, waste and environmental consultancy.

Henman emerged from his PhD not long after the water industry had been privatised and he couldn’t find a job in the sector. Instead, he joined the environmental science department at British Steel (later Corus). Regulations and finances governing contaminated land assessment changed while Henman was at British Steel. This led to more work in that area, which Henman found himself drawn to.

After four years, he left Corus to become a senior consultant at Enviros on contaminated land projects. Henman’s background is unusual at the company because he has a PhD and has spent time in industry. Most of those working in consultancy have come in as graduates and have worked up from there, he says.

The company has more than 350 employees in 10 offices in the UK and Ireland. Henman is part of the land and water division. One of his roles is to keep up to date on technical developments and changes in regulations or guidance and ensure this information is disseminated to the rest of the team. His other responsibilities include day to day project management, developing relationships with clients and winning new work. He’s usually out of the office once a week.

In 2004, Henman was promoted to technical manager and has taken on responsibility for more complex and larger projects. He now does more project direction, with less day to day management, and has more of a supervisory and mentoring role.

The work is very multidisciplinary, needing chemists, geologists, hydrogeologists and engineers. ’I enjoy working at the interface. It’s challenging bringing out the best bits of each discipline,’ Henman says.

Projects range from short investigations for property transactions, which take a few weeks and involve assessing the environmental issues and how much any remediation would cost, to large projects, such as the new Arsenal football stadium. Enviros worked for Arsenal stadium’s principal contractor, Sir Robert McAlpine, for three years on a range of contamination issues. A small team of three to four people were responsible for the project but up to 30 were involved in total.

Henman has recently moved from London to Enviros’ Edinburgh office partly because the Scottish Executive is making more money available to investigate and remediate contaminated sites than is the case in England and Wales. ’There are some interesting projects that I wanted to get involved in, in particular in remediation’.

For the future, Henman has a number of options. He could stay in consultancy and ultimately become a technical director, or follow the line management route and take on responsibility for a team. Alternatively, he could go back into industry and work for a company with a portfolio of contaminated sites, or he could choose to work for a regulator - the Environment Agency or the Scottish Environmental Protection Agency.

Whichever option he picks, he expects to continue to work in contaminated land consultancy. ’There is so much happening. The regulations are changing. Land filling is becoming so expensive now because of the landfill directive that treatment based techniques are becoming much more prevalent. It’s a very exciting time with rapid technical development. It’s very exciting to be working in this area’.