Company profile: Pick of the bunch

The Australian Wine Research Institute is using cutting-edge chemistry to boost and support the wine industry, as Karen Harries-Rees finds out

The Australian Wine Research Institute is using cutting-edge chemistry to boost and support the wine industry, as Karen Harries-Rees finds out

The Australian Wine Research Institute (AWRI) works with producers to apply good science, technology and innovation to grape growing and winemaking. With a remit to contribute to the ongoing success of the Australian wine industry, the AWRI has four basic functions: research into wine composition, quality and sensory characteristics; industry development and support; commercial analytical services; and knowledge dissemination. It was founded in 1955 and now has 100 staff from 26 countries. 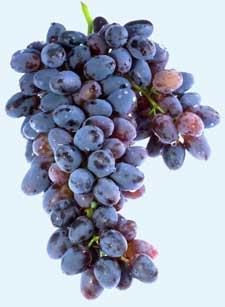 CEO Sakkie Pretorius, originally from South Africa, joined the AWRI six years ago. ’I came here because of the fantastic innovation model, where you actually see the commercial outcome of a research project. The industry is ready to take up the innovation,’ he says. He describes working in this close relationship with industry as ’body contact sport’.

David Jeffery, a senior research scientist who joined AWRI four years ago, after studying chemistry, also enjoys not working in isolation, as well as having experts on hand.

Pretorius cites some examples of the AWRI’s world-class research. Last year, AWRI scientists achieved a world first by sequencing a wine yeast. This analysis could ultimately give winemakers greater control over the wine they produce. In 2007, after eight years of research, the team discovered the source of the black pepper aroma in Shiraz - a compound called rotundone (see Chemistry World  , June 2008, p27). They are now focusing on giving producers the tools to grow grapes with desired levels of rotundone. They have also tracked down the sources of potential off-flavours in wine, such as those that give a plastic taint.

One ongoing project is to come up with a way of producing a full-bodied wine with a lower alcohol level. To do this, they are focusing on developing a yeast to metabolise some of the sugar to something other than ethanol. By using a genetically modified prototype they know it is possible to reduce the alcohol by 2 per cent and they are now using non-genetic engineering methods to reach the same outcome.

The 10 member board, which includes six representatives from the grape and wine industry, guides the choice of research projects. The projects and the AWRI’s other activities are mainly funded by Australian winemakers and grape growers, through an investment body which collects industry levies that are then matched by the Australian government. The AWRI competes with universities, Australia’s Commonwealth Scientific and Industrial Research Organisation (CSIRO), and other research organisations for this funding and secures 40 per cent of the total available. The remainder of AWRI’s $13 million revenue comes from its commercial work.

’We’re well-funded,’ says Jeffery, ’probably because of the AWRI’s track record and quality of its innovation. We can afford to buy the instruments we need.’ Last year the AWRI moved into a new building. ’Morale is unbelievably high now that we have our new building,’ says Pretorius. The old cramped facilities were an issue. Now, he says ’for a scientist in the wine area, it’s paradise’.

The AWRI also works to ensure its research is taken up by the industry. Cutting-edge technologies are not always adopted, says Pretorius. This can be for a variety of reasons, including lack of technical knowledge to support the new technology, or reluctance to invest because of a lack of understanding of the benefits. AWRI helps producers apply the research findings in their own winery or vineyard.

It also provides an advisory, technical problem solving, and emergency support service, while the commercial services arm helps grape growers and wine producers with individual needs that fall outside the levy-funded research, such as packaging development.

The AWRI is currently responding to an emergency. The Australian state of Victoria has had the worst bushfire event in Australia’s history in which over 200 people lost their lives. From an industry perspective, many vineyards have been damaged and smoke taint is a concern. AWRI is involved in ongoing research to understand smoke taint and develop mitigation strategies. AWRI staff are ’downing tools’ to help grape growers and wine producers overcome the current crisis.

Karen Harries-Rees is a freelance writer based in Melbourne, Australia