Is age the next diversity challenge? 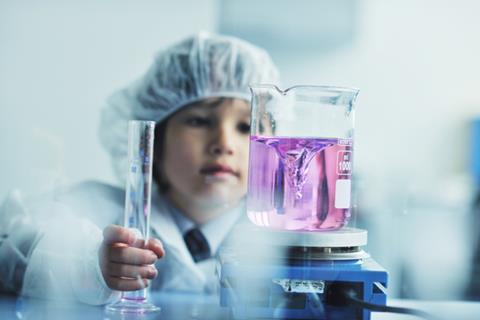 The issue of diversity within the scientific community has received much attention in recent years. There is now growing awareness of the barriers some scientists face because of their gender, ethnicity or social background. Age discrimination, however, is less often talked about. Is that because it is less of a problem or because we are less aware of it?

It can be difficult to move into research later in life. Interest in lifelong learning is rising, and with it the number of mature students at UK universities. However, some of the most prestigious universities, as well as those more focused on science, also have the lowest intakes. This may have long-lasting repercussions, given the ‘enormous role of institutional prestige in shaping faculty hiring across academia’ reported in Science Advances.1

Furthermore, for those who are successful in their move into research later in life, the space may feel unwelcoming. The term ‘early-career’ is gaining acceptance as the preferred descriptor for the new arrivals, but ‘young’ is still widely used, everywhere from networking events to studentship advertisements. ‘It’s career young,’ the Royal Statistical Society explained in reference to their Young Statisticians writing contest, clarifying that the contest was open to all PhD students and postdocs, regardless of age.

Small things can sometimes make a big difference. For example, how a mature student experiences research can depend on their institution. ‘Research centres are great places for mature students because they are primarily working establishments rather than educational ones,’ says Cathy Winterton, a PhD researcher at the Scottish Association for Marine Science in Oban. ‘All the PhD students are considered staff, so I blend in. There are about 25 PhDs here, and two of us are of over 40 with little kids, so bit by bit this is becoming less unusual. To the outside world, though, I’m wary of saying I’m a student because to most people that means sitting in a classroom and long holidays. There is often a look in their eyes that says: you should be earning a living and paying taxes. So I tend to describe myself as a “researcher” and refer to the marine lab as “work”.’

Flexible working arrangements such as part-time contracts and job-sharing can also help to open up research careers to those with more diverse backgrounds. ‘Before I applied I did check with the supervisor and the funders (the Marine Alliance for Science and Technology for Scotland), that it would be possible to do this project part-time,’ Winterton adds. ‘There are many projects for which that wouldn’t be appropriate.’

Age discrimination, of course, does not just mean discrimination against older people: there is also evidence of institutional bias against those considered too young for certain positions.

2012 figures from the US National Science Board indicate that the science and engineering workforce is ageing. There are significant increases in the median age at all educational levels, including an increase of three years, from 44 to 47, between 1993 and 2008 for workers with doctoral degrees. This could reduce opportunities for younger researchers to make productive contributions by working independently. The age distribution of Research Councils UK grant holders also suggests that older applicants may be more successful in gaining funding, a trend that is particularly marked in the case of large grants • those of more than four years duration or worth at least £1 million.

Some commentators have called for quotas, but the idea has not gained traction with funding bodies. ‘Quotas don’t work,’ says Sally Rockey, deputy director for extramural research at the US National Institutes of Health (NIH). ‘It all depends on how many applications you get; the proportion of new investigators.’ Instead, the NIH has focused on ensuring that new and established investigators applying for funding have equal success rates, a goal that has now been achieved for their main grant. The average age of successful applicants, however, remains stable. Simply awarding more grants to new independent investigators doesn’t decrease their average age, Rockey explains. ‘The big issue is how to get them into a position to apply as new investigators. You have to go much further back, to achieve the desire to have them become independent at an earlier age.’ That means finding ways of increasing ‘churn’ to create jobs and opportunities in the system, and also analysing the postdoctoral years. ‘The length of time that people stay in postdocs is really the trigger here for changing the whole ecosystem.’

Additionally, the current postdoctoral system may disadvantage young researchers through their terms of employment. Permanent contracts in academia tend to be reserved for more senior individuals, meaning younger researchers are generally less able to secure stability.

Although the extent to which age discrimination affects academia may not be entirely clear, we do know that overcoming it can bring significant benefits. Studies suggest that the most innovative research often comes out of collaborations between young or junior researchers and more senior colleagues.2

Sarah Byrne is a science writer based in London. Previously, she was a mature master’s and PhD student at Imperial College London

2 M Packalen and J Bhattacharya, Age and the trying out of new ideas, US National Bureau of Economic Research, 2015