Biology, in the form of living creatures, is what motivated Elizabeth Blackburn to become interested in chemistry. As the daughter of two physicians growing up in Australia’s island-state of Tasmania, she was fascinated by living creatures, from household pets to wild animals. 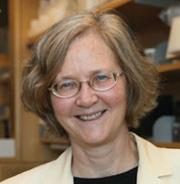 ’But as a teenager, I got exposed to the idea of molecules in living organisms,’ says Blackburn, now in the department of biochemistry and biophysics at the University of California, San Francisco, US. ’To understand how biology works you have to understand molecules.’

In pursuit of her goal to better understand life, she studied biochemistry at the University of Melbourne, Australia, where she gained her BSc and MSc. A Melbourne mentor encouraged her to study under Nobel chemistry prize winner Fred Sanger at the University of Cambridge, UK, where in 1975 she earned her PhD in molecular biology. Chemistry, in effect, became one of her keys for unlocking secrets of the biology of life.

Now focusing on living cells and human cancer research, Blackburn has received dozens of honors and prizes, including being elected a fellow of the Royal Society of London in 1992, a foreign associate of the US National Academy of Sciences in 1993, and California Scientist of the Year in 1999.

Her driving force is quite simple: ’Each day I want to understand biology and human health better than the day before.’

She was thrilled to win, in late September, the 2009 Paul Ehrlich and Ludwig Darmstaedter Prize, one of Germany’s top international science awards. She shares the €100 000 (?80 000) prize with her former graduate student Carol Greider, now director of Molecular Biology and Genetics at the Johns Hopkins School of Medicine. They were cited for their ’discovery of telomeres and telomerase and the elucidation of their significance for cell division and cell ageing.’

Blackburn hopes that the award being given to two women will encourage young women to go into science. Indeed, eight of the 14 members of her lab are women, with members coming from the US, China, Europe and Japan. ’There is a dynamic, creative energy that is very exciting,’ she says.

Blackburn and Greider, while at the University of California in Berkeley in 1984, discovered telomerase, an enzyme that helps replenish protective caps on chromosomes called telomeres. Each time a cell divides telomeres gradually shorten until they reach a point that signals cell division to stop. Telomerase inhibits telomere shortening by adding DNA each time a cell divides.

Telomerase is usually found only in cells that constantly replenish, such as blood and skin cells. But in subsequent studies, telomerase has been found in cancer cells, Blackburn says, adding that cancer is basically ’cell renewal run amok.’ For their discovery and subsequent investigations, Blackburn and Greider were on many shortlists to win this year’s Nobel prize in physiology or medicine. She didn’t win, but says she was honoured to have been ’shortlisted’ by her peers.

While studying at Cambridge in the 1970s, Blackburn met and fell in love with fellow doctoral student, John Sedat, an American who planned to return home. Blackburn remembers Cambridge as a ’marvelous place to train, but not a place to thrive. I believed that the US was the place to be.’ However, she is quick to add that this was in the 1970s, and ’Europe now is very exciting in my area.’

After Cambridge, Blackburn and Sedat did post-doctoral work at Yale University. In 1978, Blackburn joined the molecular biology faculty at Berkeley, remaining there until moving in 1990 to UCSF’s Department of Microbiology and Immunology, which she chaired from 1993-99. Sedat and Blackburn, now married with a college-age son, are both members of UCSF’s biochemistry and biophysics department.

She continues to focus on telomeres and telomerase with the goal of improving health and combating cancer. ’The challenge now is to develop the emerging molecular and cellular information about telomerase into rational cancer therapies,’ she says.

Indeed, she believes science is drawing nearer to finding a cure for cancer. ’The tools for finding a cure have never been better,’ she says. ’We have so much more information than even just a few years ago.’

Ned Stafford is a freelance writer based in Hamburg, Germany