Medical science students at the University of Aberdeen will soon have the opportunity to learn business skills for future careers in biobusiness. Yfke Hager finds out more

Medical science students at the University of Aberdeen will soon have the opportunity to learn business skills for future careers in biobusiness. Yfke Hager finds out more

From October 2009, undergraduates studying for any medical science degree at the University of Aberdeen, UK, will be able to opt into a biobusiness component. Aiming to create the future generation of bioentrepreneurs, the new suite of courses couple a sound scientific knowledge base to an awareness of business.

Heather Wallace, director of postgraduate studies at Aberdeen’s college of life sciences and medicine graduate school, is the programme coordinator. She explains that the course was conceived to bridge the gap between academia and business. ’We realised that pharmaceutical and biotech companies speak one language, while scientists speak another,’ she says. ’We decided to provide an interface between the two, to allow students to communicate effectively in an environment outside academia.’ 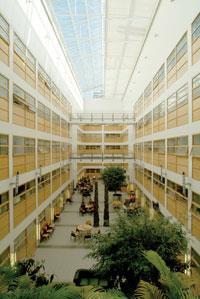 In the first term, students are introduced to business terminology and supplement their scientific training by learning how entrepreneurs develop business models. They then progress to taking up the reigns of their own virtual biotechnology company, assuming the roles of chief executive, financial and scientific officers, culminating in a detailed presentation of their business to the course coordinators. Students will also have the opportunity to conduct their research project in a local or national biotech or pharmaceutical company.

The course will be taught in part by members of the university’s business school as well as by local bioentrepreneurs, including Andy Porter, co-founder of University of Aberdeen biotech spin-out Haptogen, which was acquired by Wyeth Pharmaceuticals in 2007.

Wallace stresses that the course will develop first-rate scientists with business skills, not business graduates with science knowledge. ’The development of business awareness does not detract from the excellent science teaching at Aberdeen,’ she says.

Scotland has an enviable record of successful commercialisation of research, and initiatives like this one should help sustain that momentum and provide students with the skills they need to get a foot on the ladder in an increasingly competitive job market. Further fostering links between academia and the thriving local biotech industry, the University of Aberdeen hosted its inaugural ’Connecting with Industry’ meeting on 11 March. Wallace, who is also chair of the college of life sciences and medicine’s industrial liaison group, says that the annual event showcases the university’s spin-out companies, facilities, researchers and students. This year’s event was a ’phenomenally successful day,’ she says, with around 80 figures from government, academia and the pharmaceutical and biotechnology industry attending.

The new undergraduate programme complements two masters courses that already encompass a biobusiness element. Masters students studying medical biotechnology have benefited from a biobusiness component for the past three years, while last September the option became available to those starting a masters in drug development. With biobusiness now complementing both under- and postgraduate courses, ’it’s all coming together as a coherent package,’ says Wallace.

The initiative has met with approval from government and local industry figures. Barbara Blaney, director of the BioIndustry Association in Scotland, believes that the new course is an exciting development. ’The idea of generating students with an awareness of business without compromising the science teaching quality is very much what industry needs, and has in our view the ability to really help Scotland’s life sciences community, both from a current perspective as employees, but also as future bioentrepreneurs,’ she says. ’The development of such a course really aids the drive to ensure that our future scientists have the required skills to turn technology developments into commercial reality.’

David MacCallum, life science project manager on the industries team at Scottish Enterprise, agrees. ’The biobusiness option is a great addition to undergraduate medical sciences courses,’ he says. ’All too often the academic career path is seen as the only choice. This course will raise undergraduates’ awareness of the exciting possibilities that the commercial life sciences sector offers. Understanding how high quality science can be commercialised is key to the growth of the industry in Scotland.’