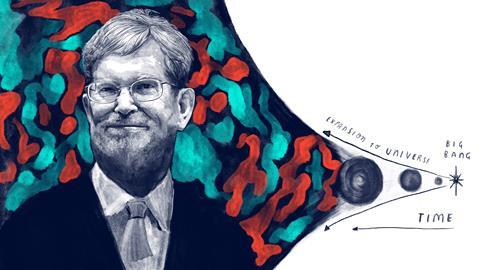 In Situ with George Smoot

George Smoot is an astrophysicist at the University of California, Berkeley, US. He won the 2006 Nobel prize in physics for his work on the anisotropy of cosmic microwave background radiation. He was talking to Kit Chapman at the 2017 Nobel laureate meeting in Lindau, Germany.

I bought Robert Oppenheimer’s house when I was a postdoc. I was trying to keep it in the physics department; when I moved, I sold it to another professor in the physics department. Then they sold it to another. Sadly she moved and sold it to someone else. It was this beautiful two-bedroom house with a yard, quite small with a view of the bay, on a quiet dead end street. When Oppenheimer first came, he and his wife had a child – and I think he moved because the war came, and afterwards he was attacked as a Communist sympathiser.

I was on The Big Bang Theory. Some of my students said: ‘There’s this great new programme you have to see, you have to go on it.’ They showed me it, and I thought it was neat. Now it’s my favourite show. My administrative assistant had been working for Beyoncé and had contacts, so got in touch with The Big Bang Theory and invited me on the show. That 30 seconds made a huge impact on my life – people in China recognise me more for that than my Nobel prize. I had to join the Screen Actors Guild and be paid minimum scale, which was $48 (£36). Half of that went to tax and dues, but they gave me a director’s chair for The Big Bang Theory. Every time my episode is shown I get $48. The cheques have been rolling in for 10 years now! 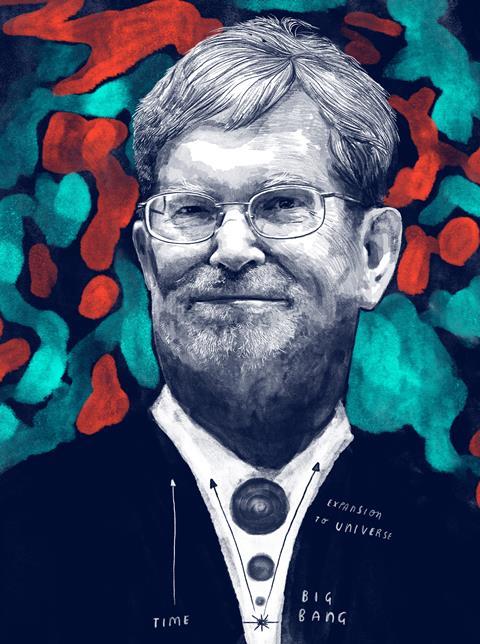 I won $1 million on Are You Smarter Than A 5th Grader?  I gave the money, like my Nobel prize money, to charity. The person before me was Gene Simmons from Kiss. He’s actually very smart. He got up to the final question but didn’t know it. The other was a mayor and a beauty queen, and they didn’t do well at all. I was the first ever to win, and they didn’t know the protocols. Then they decided a Nobel laureate shouldn’t be the first, so they moved me to the end of the series so a schoolteacher was first.

I don’t have that much time to read. As a researcher you have to keep reading preprints, articles and so forth, and the material you’re teaching. So I have to keep up with current policy combined with scientific issues. I haven’t been reading that much fiction and that kind of stuff.

I had an electric guitar and a washtub bass when I was at the Massachusetts Institute of Technology. We had a country band. I was never that good; usually people who are good at maths are good musicians too, but I guess I missed that part. When I was getting ready to move to California people broke in to my van and stole a load of stuff including my beautiful guitar. Now I only have a piano, which I don’t play.

I sang with Queen guitarist Brian May at the first Starmus Festival in 2011. Neil Armstrong and I were both there, and Orange Tangerine was there doing a show. They did a Queen song, and I got a chance to go up with Brian May and sing We Will Rock You and You’re My Best Friend. My hearing hasn’t been the same since.

I went to see Wonder Woman and I liked it. I had to go because it’s the first woman superhero movie in a long, long time and it’s interesting. In Marvel comics, they get more and more superpowers. There’s been power inflation. I wonder why people are so thrilled by the Marvel universe these days.

If I’m working on a really difficult problem, I listen to that ‘baby Einstein’ music: Liszt and Mozart. But I love rock and roll. I used to not like jazz stuff, but I had a girlfriend who liked jazz, so of course I got into the jazz stuff too.

There’s no reason that everyone in the world can’t have a minimum amount of power, so they can have a smart phone, a refrigerator, a few things like that. Everyone should get satellite links and access to the Internet, so that they can have a basic start.